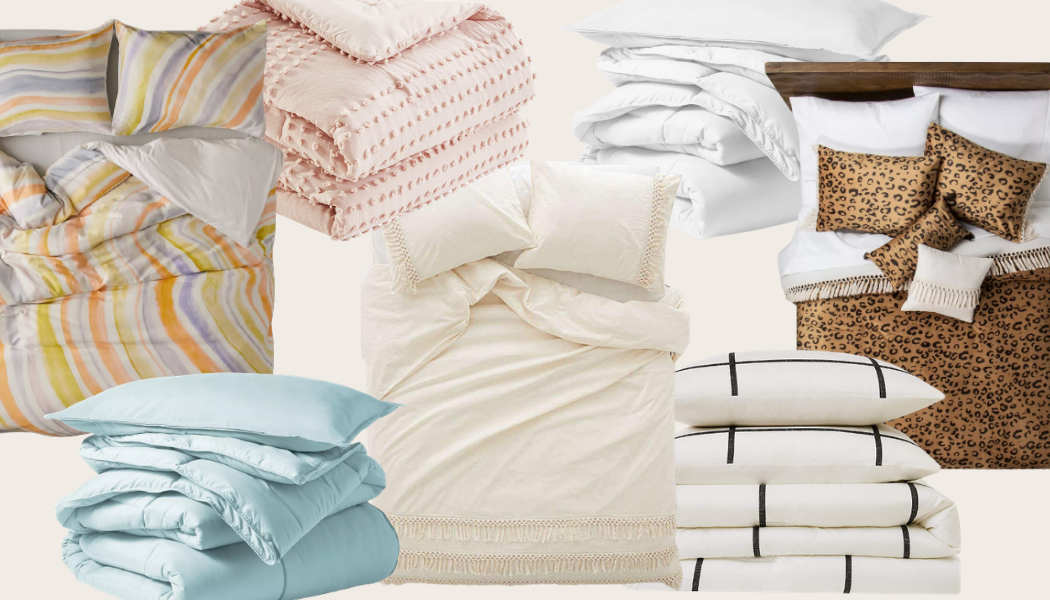 Finding the perfect twin XL bedding is one of the most important steps of decorating your dorm room! Sometimes it's hard to find those super trendy looks in a twin XL size! Lucky for you, I found 21 of the trendiest twin XL bedding sets out there!

Keep in mind, I definitely recommend a comforter as opposed to a duvet & duvet cover for your dorm bedding! Of course, you can still go the duvet route, but laundry will be 100x easier with a comforter that's all in one piece! You can stop searching your favorite websites for hours looking for twin XL bedding because it's all here in one place!! 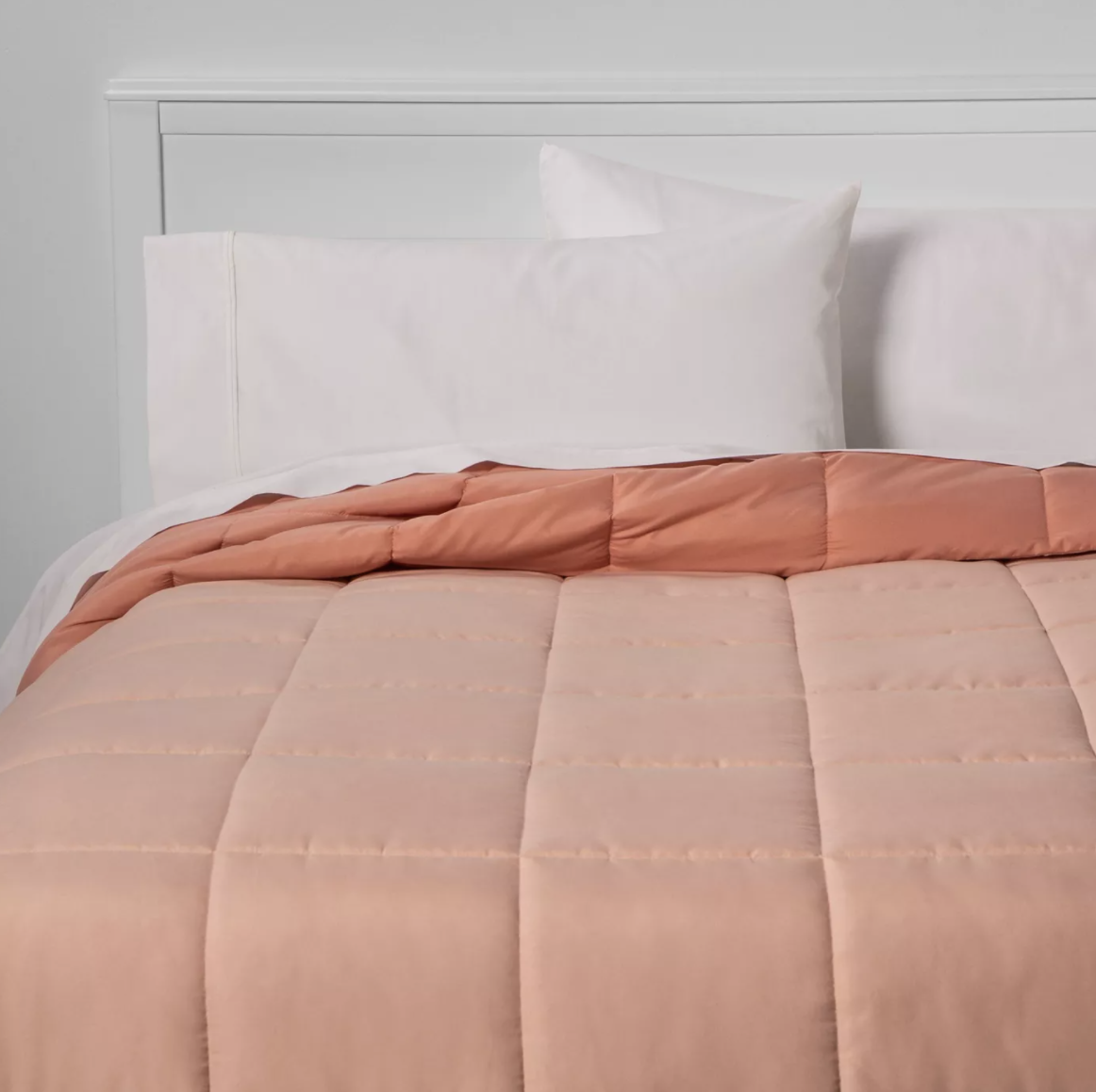 A comforter is the BEST for college!! There's nothing worse than having to constantly detach your duvet and duvet cover from each other every time you want to do laundry (especially in a dorm room).

This simple, quilted comforter is only $20 and comes in 10 different trendy colors.

You would seriously never know this comforter is from Amazon!! It is the absolute cutest simple design with some tufting. You are going to love the super pretty light blush color.

It's only $46 and comes with the duvet cover and two standard shams. Fill this duvet cover with this down alternative duvet insert. 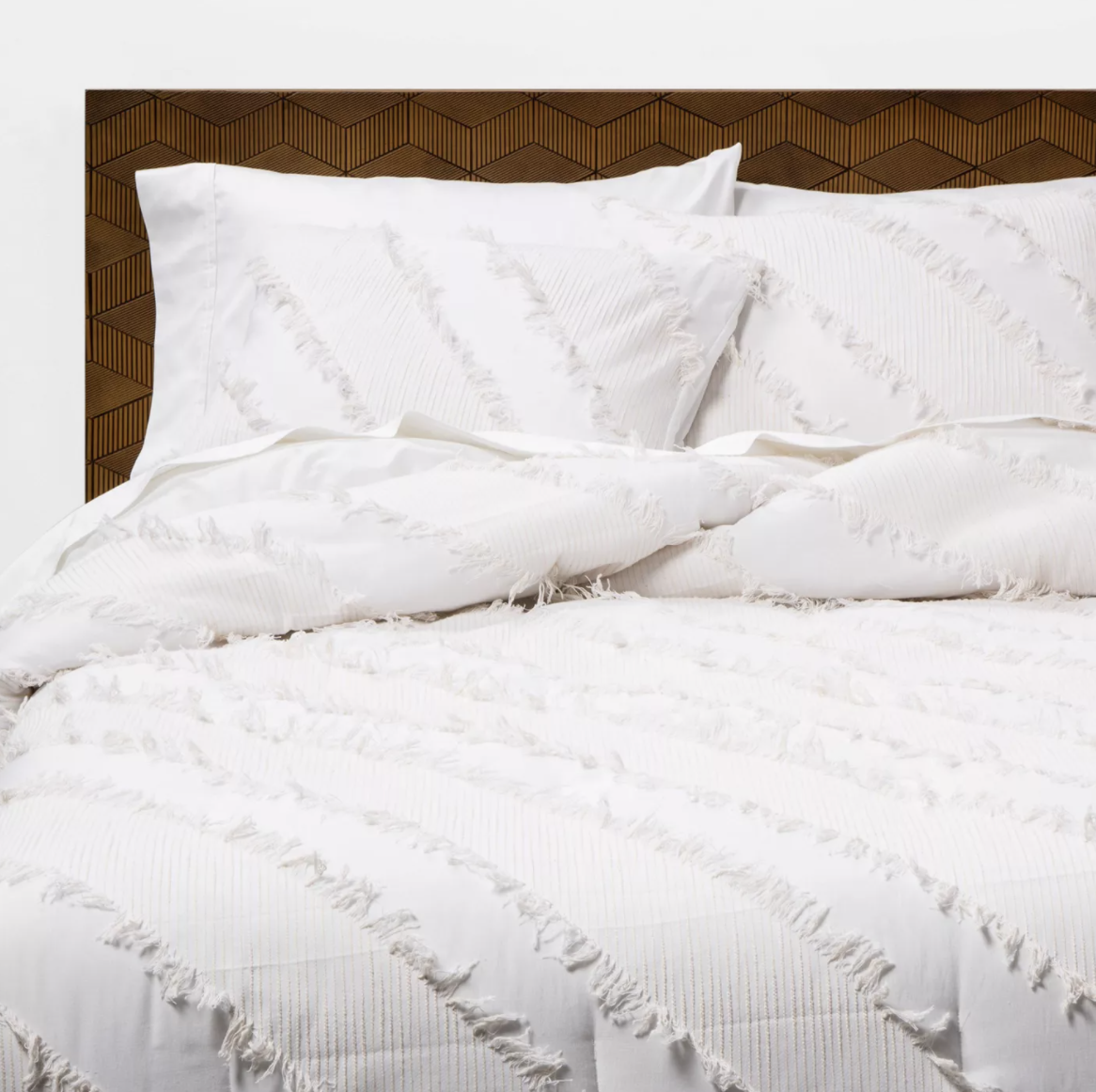 Of all of the simple dorm room bedding, this comforter might be my favorite! It is simple, but the texture adds just enough detail and interest. The Opalhouse line at Target has all of the best unique bedding finds.

This comforter set is $49 and comes with a matching pillowcase for your twin xl bed! 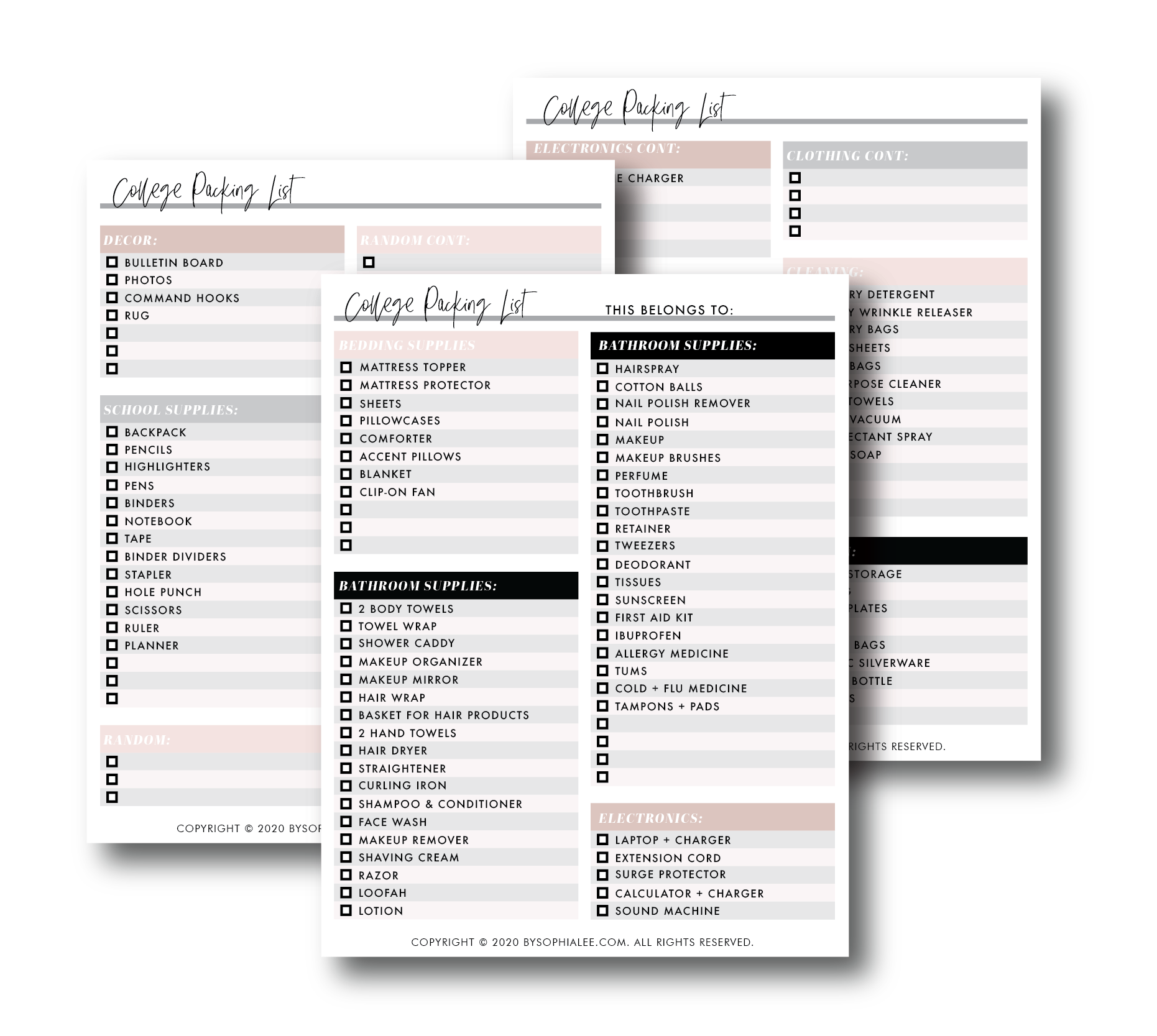 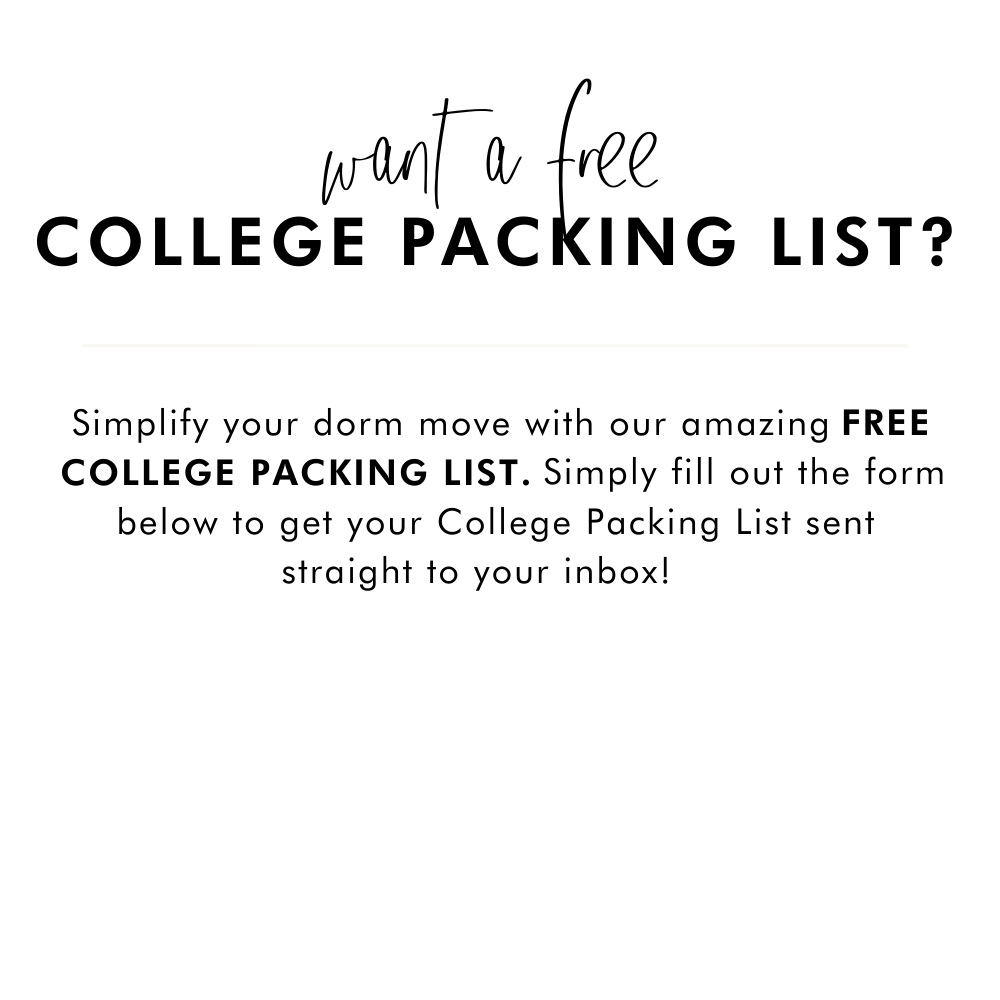 Such a cute and simple duvet cover!! Hannah, one of our college content writers, has this duvet cover on her queen-sized bed at home and has a twin xl size on her dorm room bed!! She loves it, and so will you!

The duvet is mostly just plain white, but the tassels add a fun detail that makes the bedding seem much more expensive. For $48, this duvet cover is a steal! 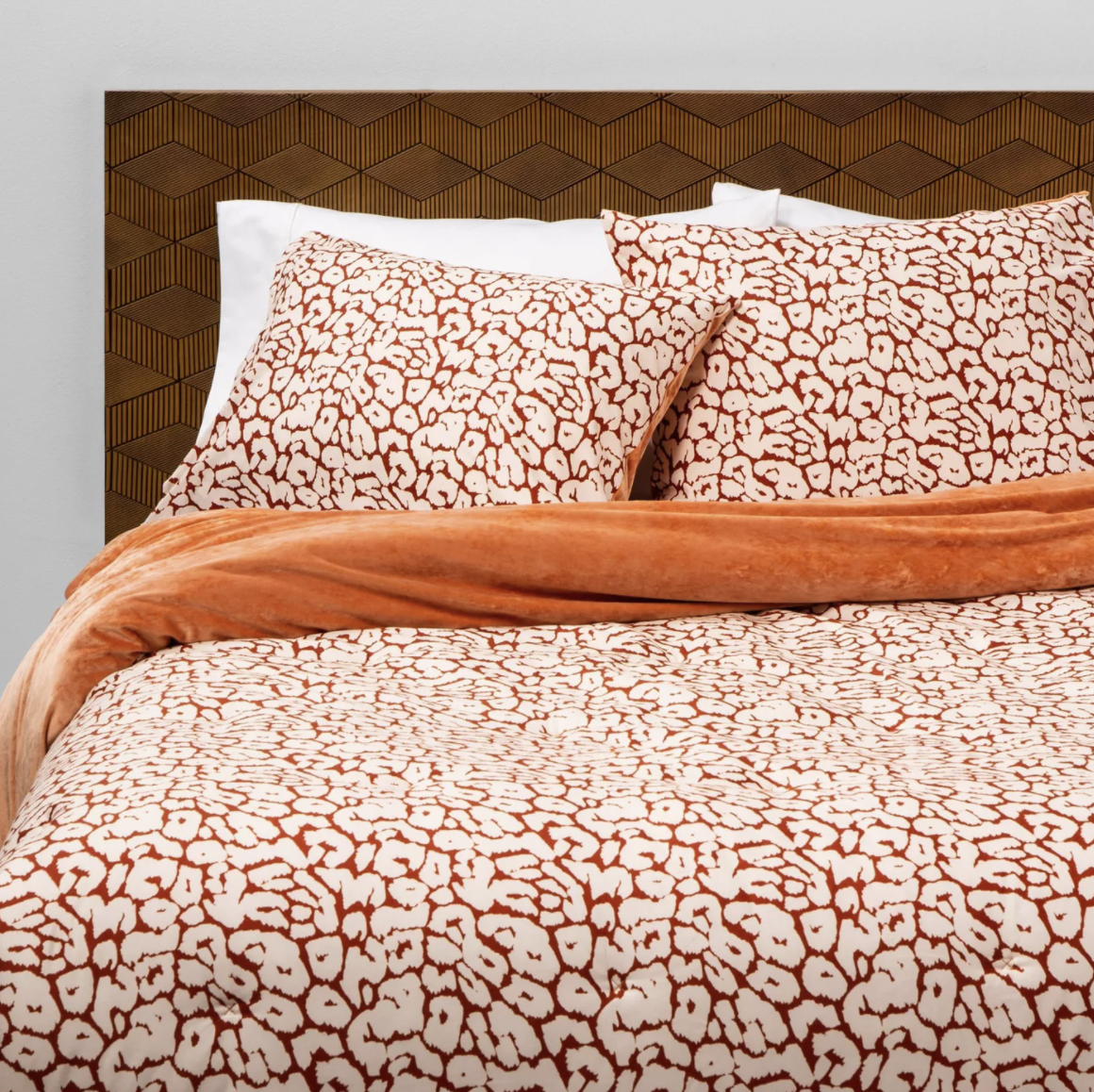 This is another reversible velvet comforter that is so unique and fun! The rust color is soo pretty and makes for the perfect boho color scheme. If you want a less busy look, you could flip this comforter and make the leopard print just an accent (folded over).

For something that looks like a $300 Anthropologie duvet cover, it is hard to believe that this comforter set is only $49!

How pretty is this green color?? You are going to love this duvet cover because of the luxurious fabric and boho tassel detailing.

This is such a good Amazon find that you will absolutely love for your dorm room bedding. 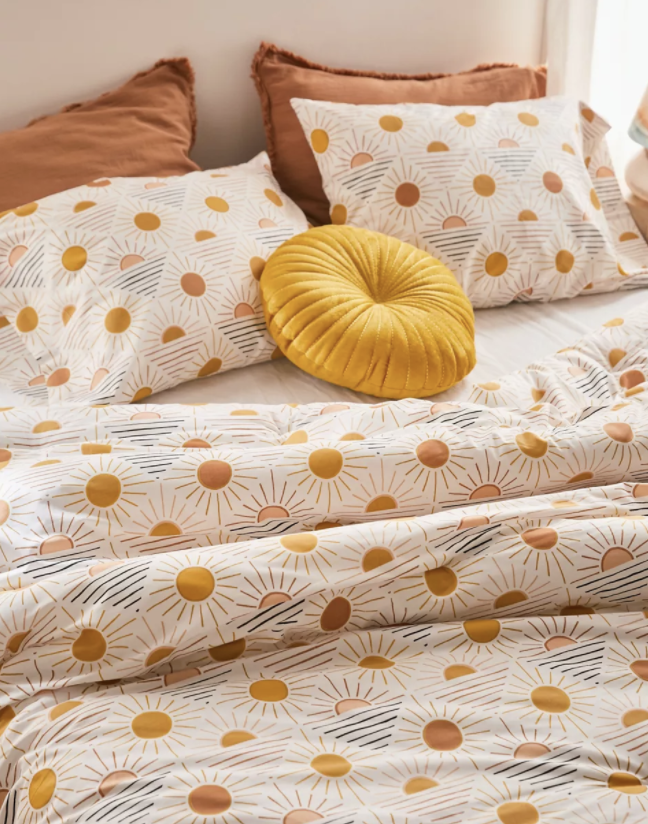 This is a unique twist on the basic boho look! If you are tired of tassels and tribal-looking patterns, check out this sun-patterned comforter set! It is absolutely gorgeous and would pair so well with mustard and teal throw pillows.

It's a super popular comforter, and the twin XL size seems to sell out during college move-in season! If you're in love with this comforter, keep an eye out throughout the year for when this is in stock in twin XL! 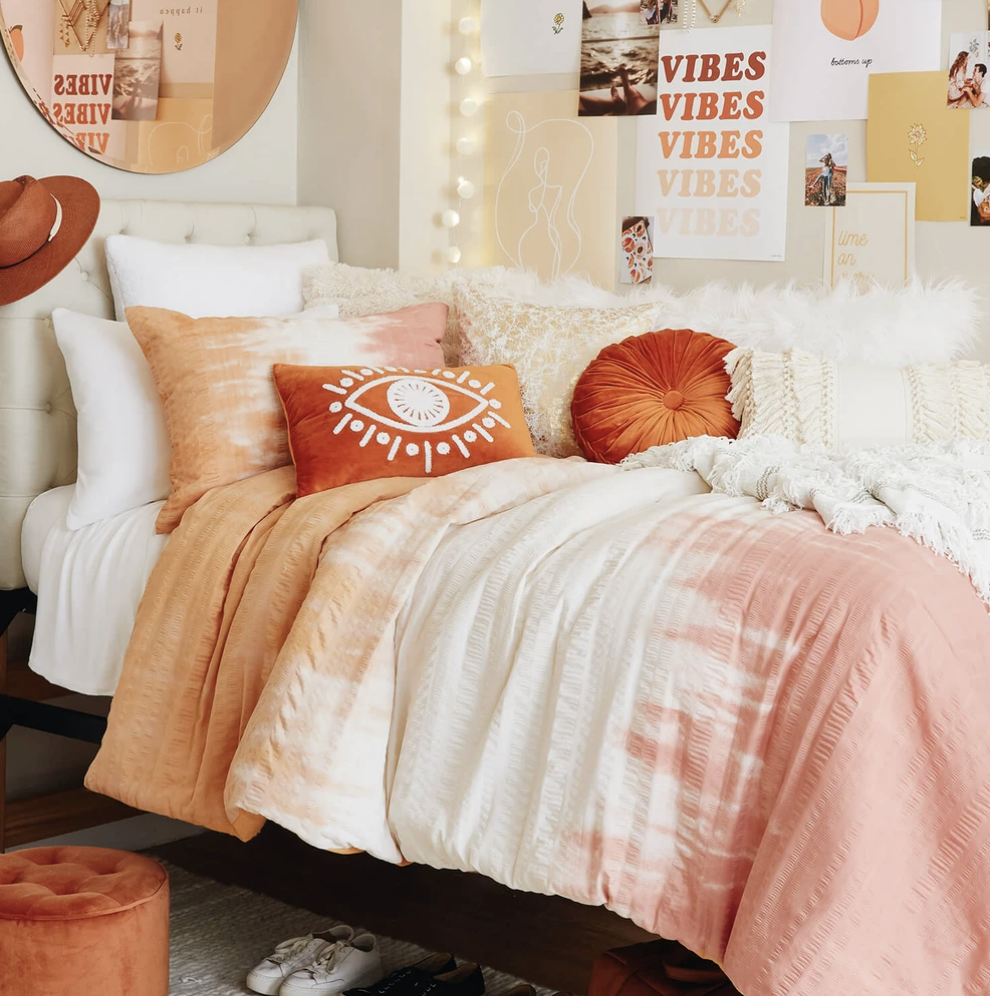 I'm usually not a huge fan of tie-dye, but this design may be one of my favorite dorm comforters ever. You are going to be obsessed with this dormify comforter because of the trendy colors and simple patterns!

As you can tell from the picture, it is simple enough that you can add some busy throw pillows and make your bed look super put together!

If you're looking for a style that you really can't go wrong with, you have to check out this grid comforter! Remember when these were allll over your Pinterest?

This grid comforter is popular for a reason! It's super simple, so you can really go in any direction with the throw pillows and surrounding room decor! 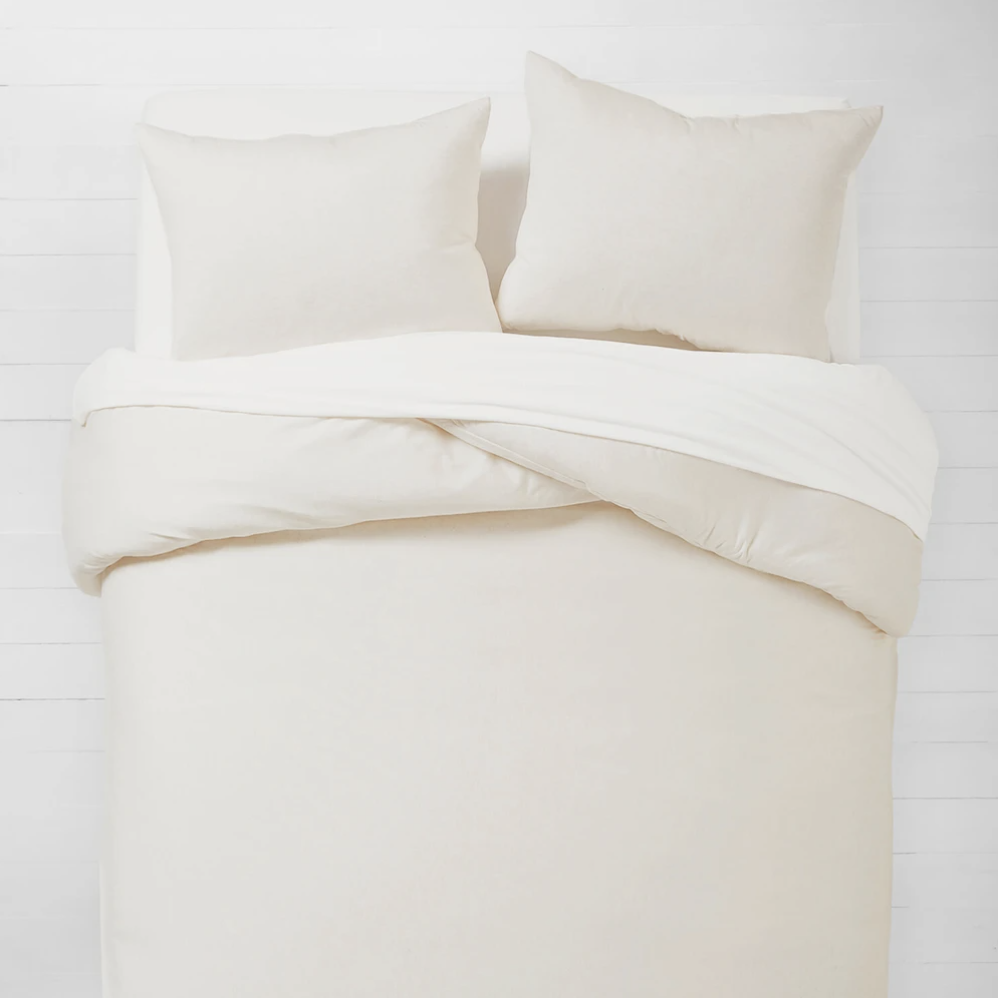 Dormify knows what they're doing with their dorm room bedding!! Even a super plain and simple comforter is the perfect jersey material that will keep you super comfortable in your dorm room bed!

When you're searching for something like twin xl bedding, shopping at Dormify makes your life SO much easier. 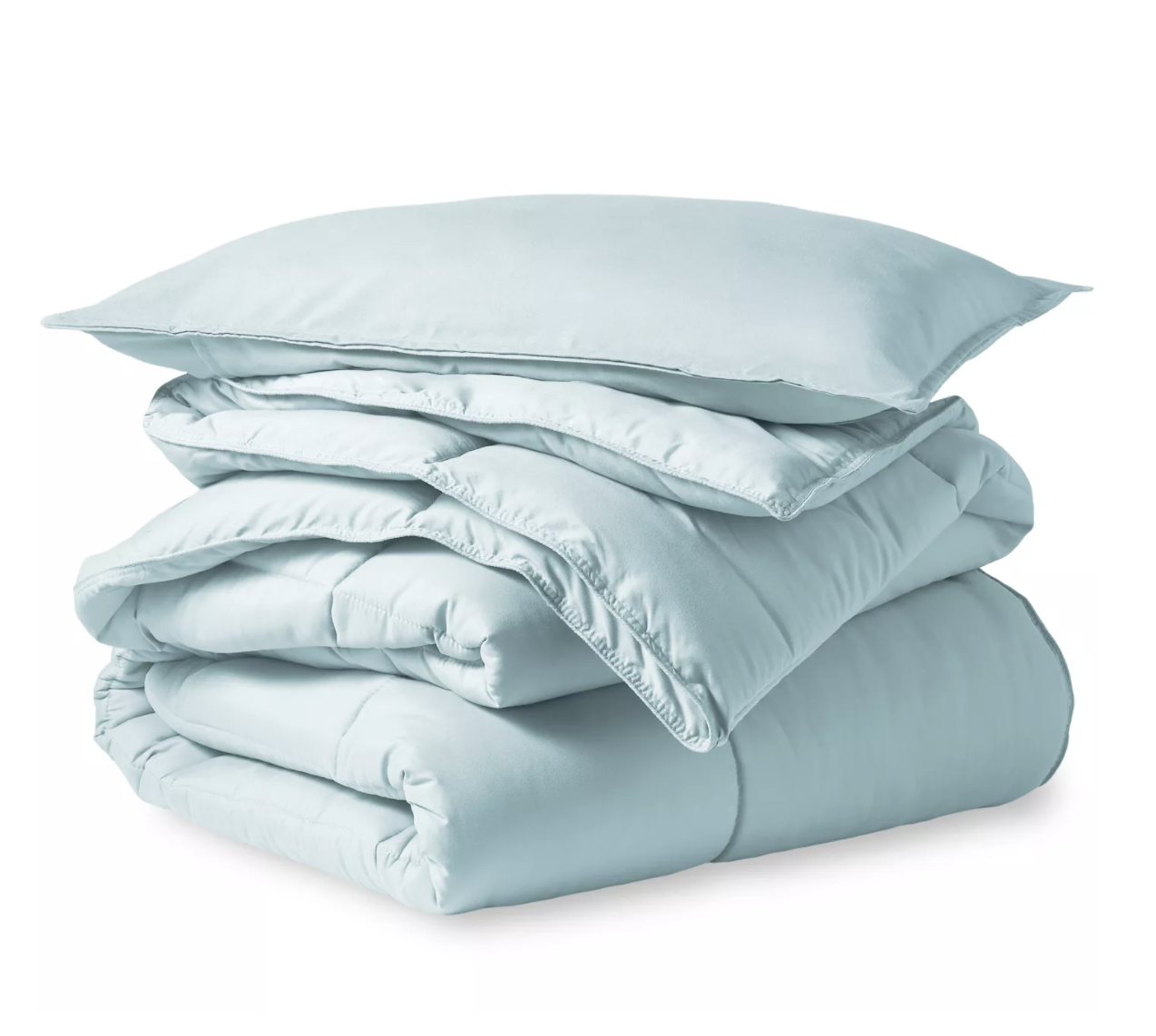 This is probably the most versatile comforter that Target has to offer! There are a whopping 20 colors to choose from, and it is only $36!!

The quilted stitching adds some texture, so it isn't too plain, and with some throw pillows, you could make a really cute look!

If you're in a pinch and want to order from Amazon so you can get that two-day shipping, this is an amazing simple duvet cover for a dorm room! It comes in 15 different colors, and you can choose to order it with pillowcases or without!

Don't forget to get your down alternative duvet insert to fill your twin xl duvet cover! 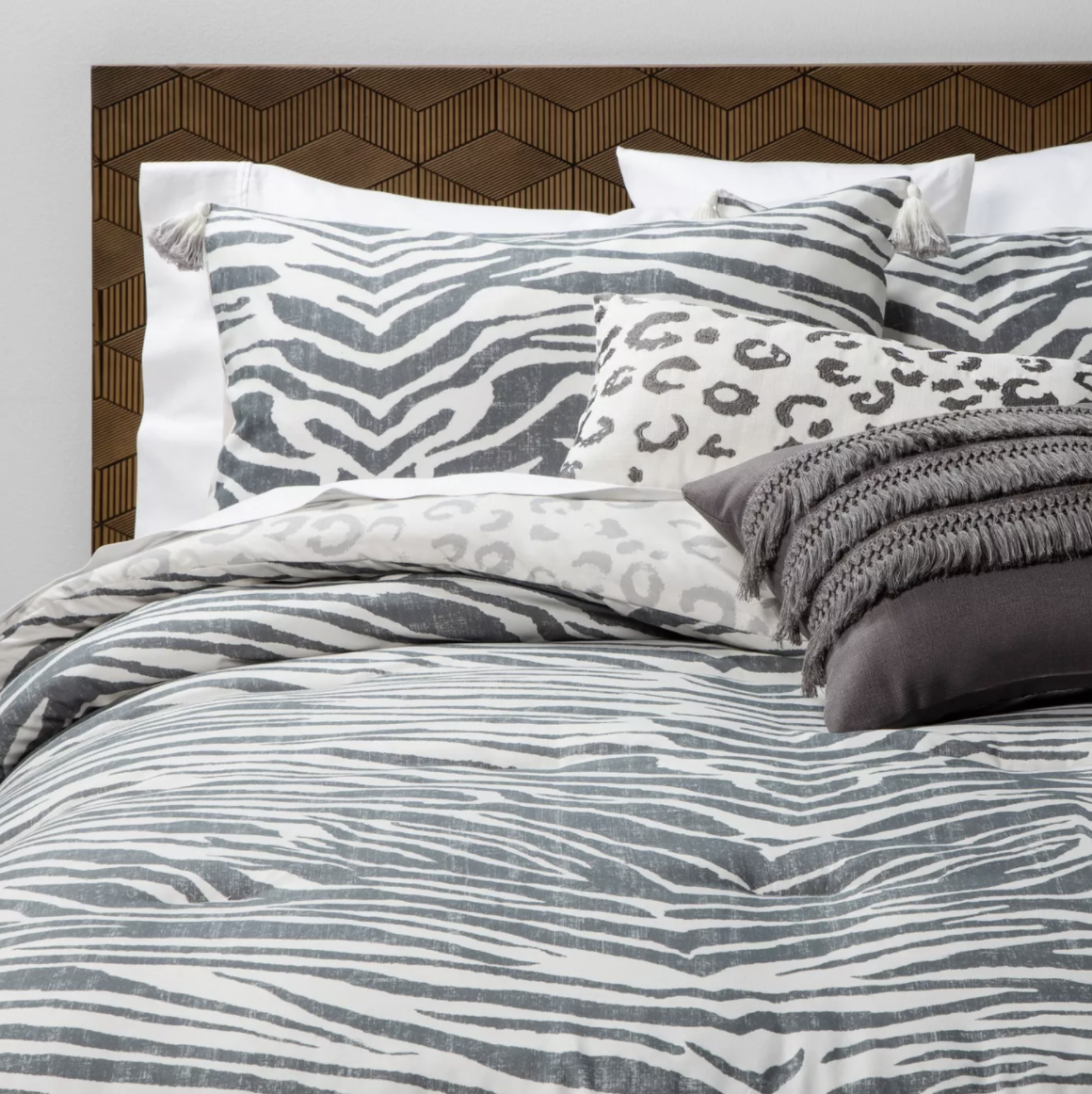 Zebra has a tendency to look tacky, but Target's Opalhouse line killed it and made this gorgeous, charcoal zebra print. The grey leopard print lining adds a really fun detail!

This set is only $55 and comes with two matching throw pillows, the comforter, and a pillowcase. This comforter will give you the bold and unique look you're going for! 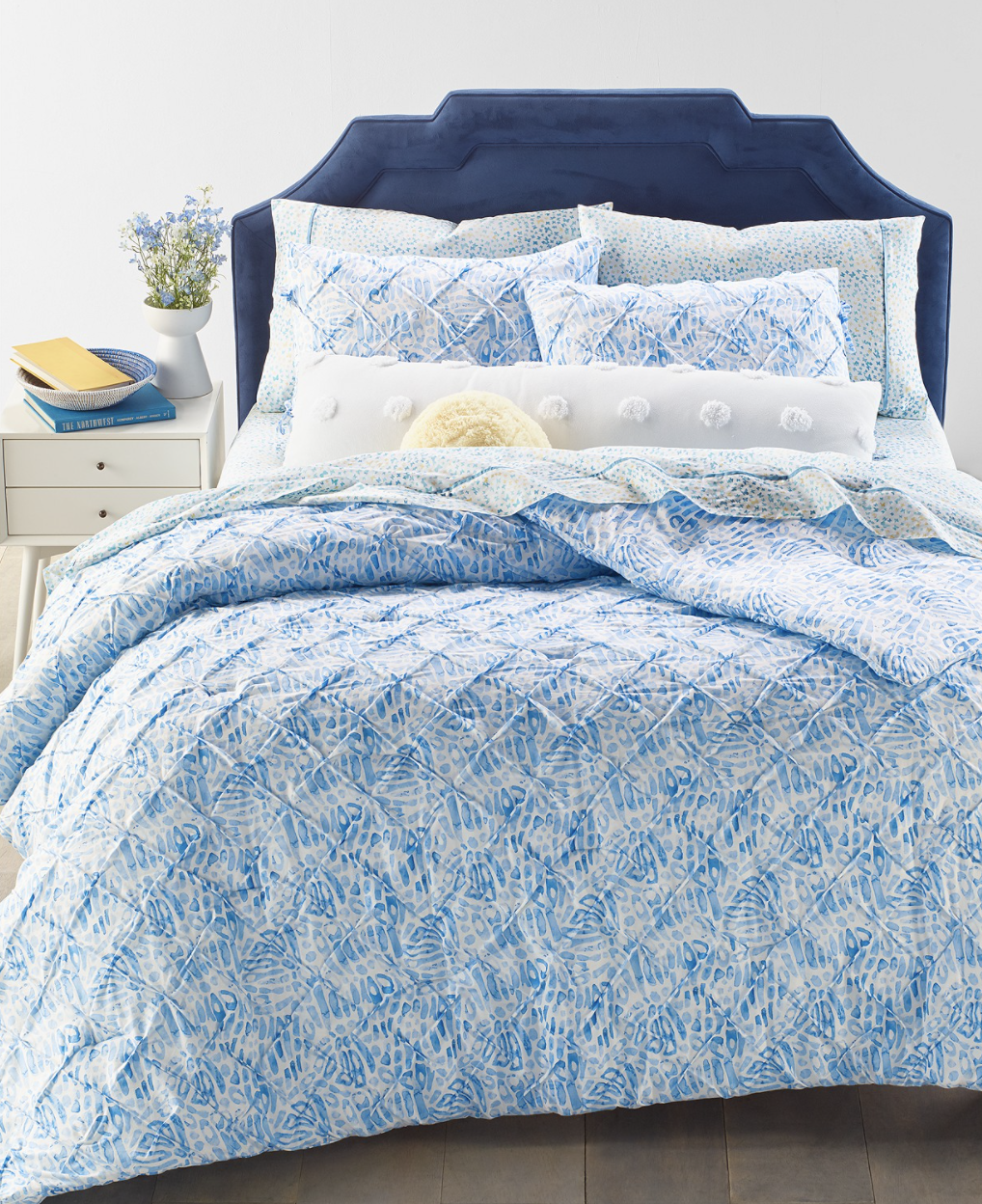 If you are going for a bright, preppy look, the Martha Stewart sets are perfect!! I have never seen this pattern on a comforter before, and I thought it was so unique for a dorm room!

You are going to love this comforter set because it comes with a matching sham and looks super expensive and fancy! 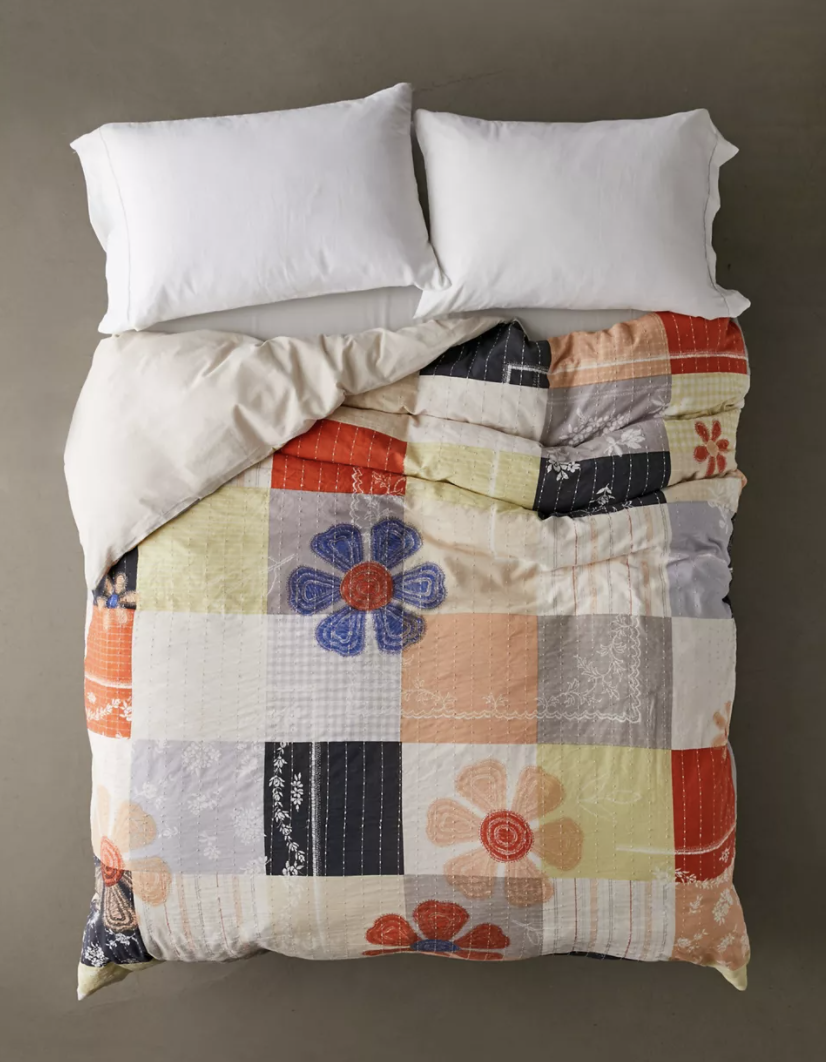 I know what you might be thinking, this does not seem like Sophia's style... and it's not, but I really like it and think it is so unique! I can totally see this in an eclectically styled dorm room with fun throw pillows and a big chunky throw blanket.

If you want something unique for your dorm room bedding, this is definitely a super good option. 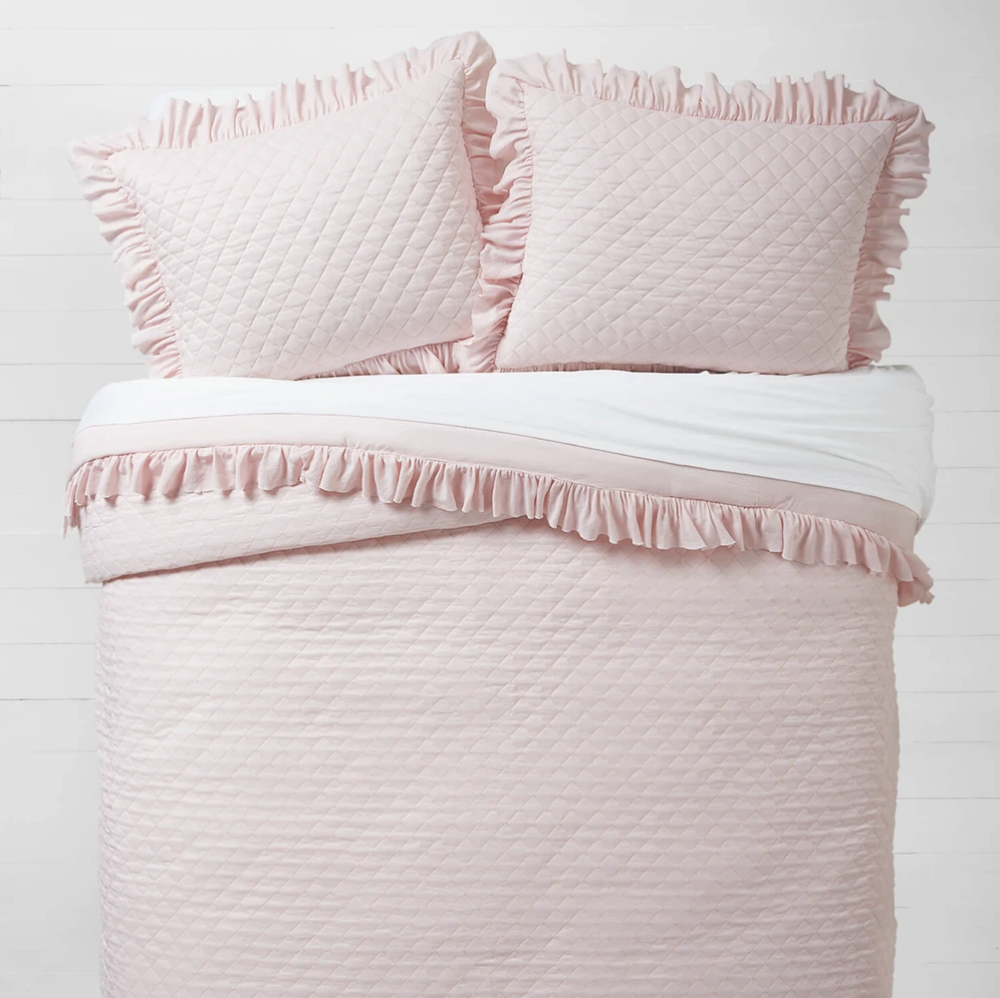 Pink + ruffles = girly!! Okay, I know this may seem a little too "little girl", but once you add throw pillows and a throw blanket, it will really come together and look girly and mature!

Dormify does an amazing job styling their products online, so for more inspiration check out all of the throw pillows they paired with this twin xl comforter!

Who says girly has to be pink? This dark green floral duvet cover is giving me all the earthy, girly vibes.

To really make this look cute, I would pair a white throw blanket and some blush and white textured throw pillows! Cozy dorm room perfection! 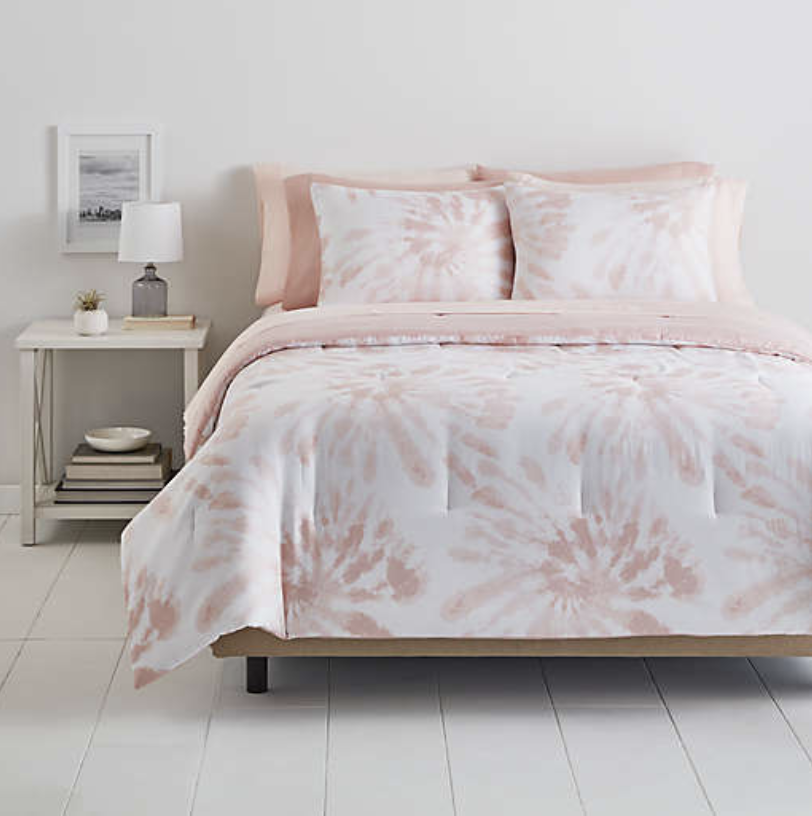 Buy on Bed Bath & Beyond

I know I said I wasn't a huge fan of tie-dye before, but it's really growing on me! This comforter set is an amazing deal because, for only $60, you get a comforter, one fitted sheet, one flat sheet, one sham, and two pillowcases!

If you're looking for something that's super easy, inexpensive, and still cute, this is the set for you!! 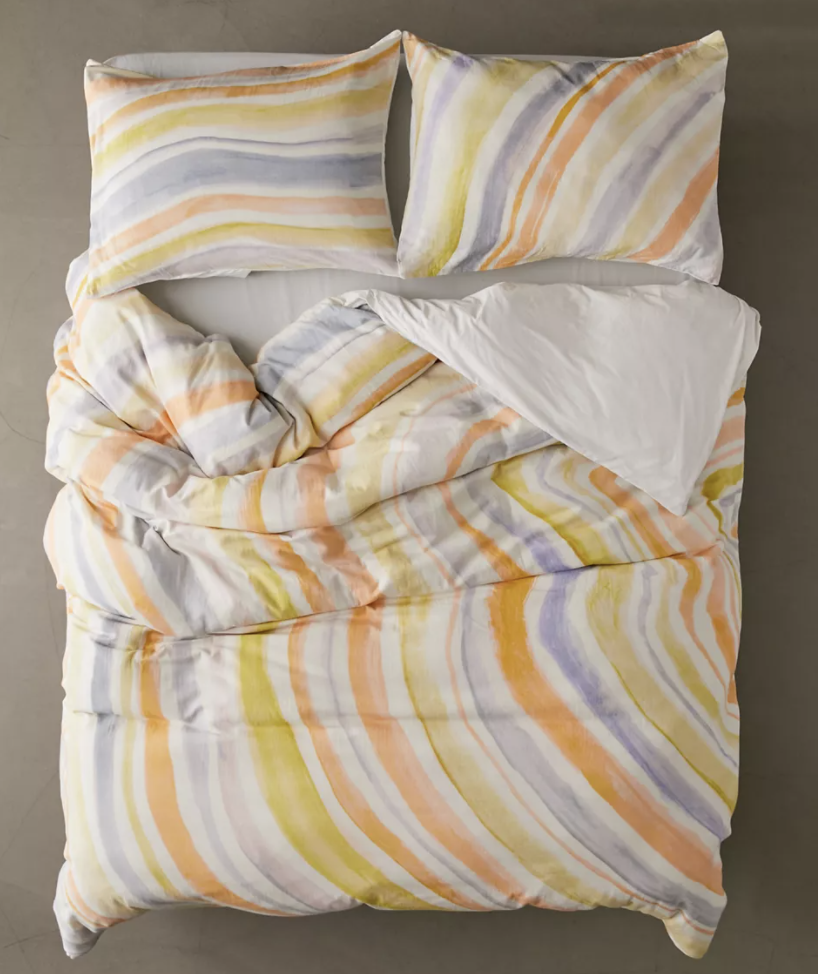 This has to be the trendiest duvet cover I have ever seen. This wavy line/pastel look has been alllll over my Instagram and Pinterest in all of the super trendy apartments. The colors are so pretty and not too overwhelming at all!

Urban Outfitters is a little pricier, but you are paying for the trendiest designs that are pretty hard to find elsewhere! 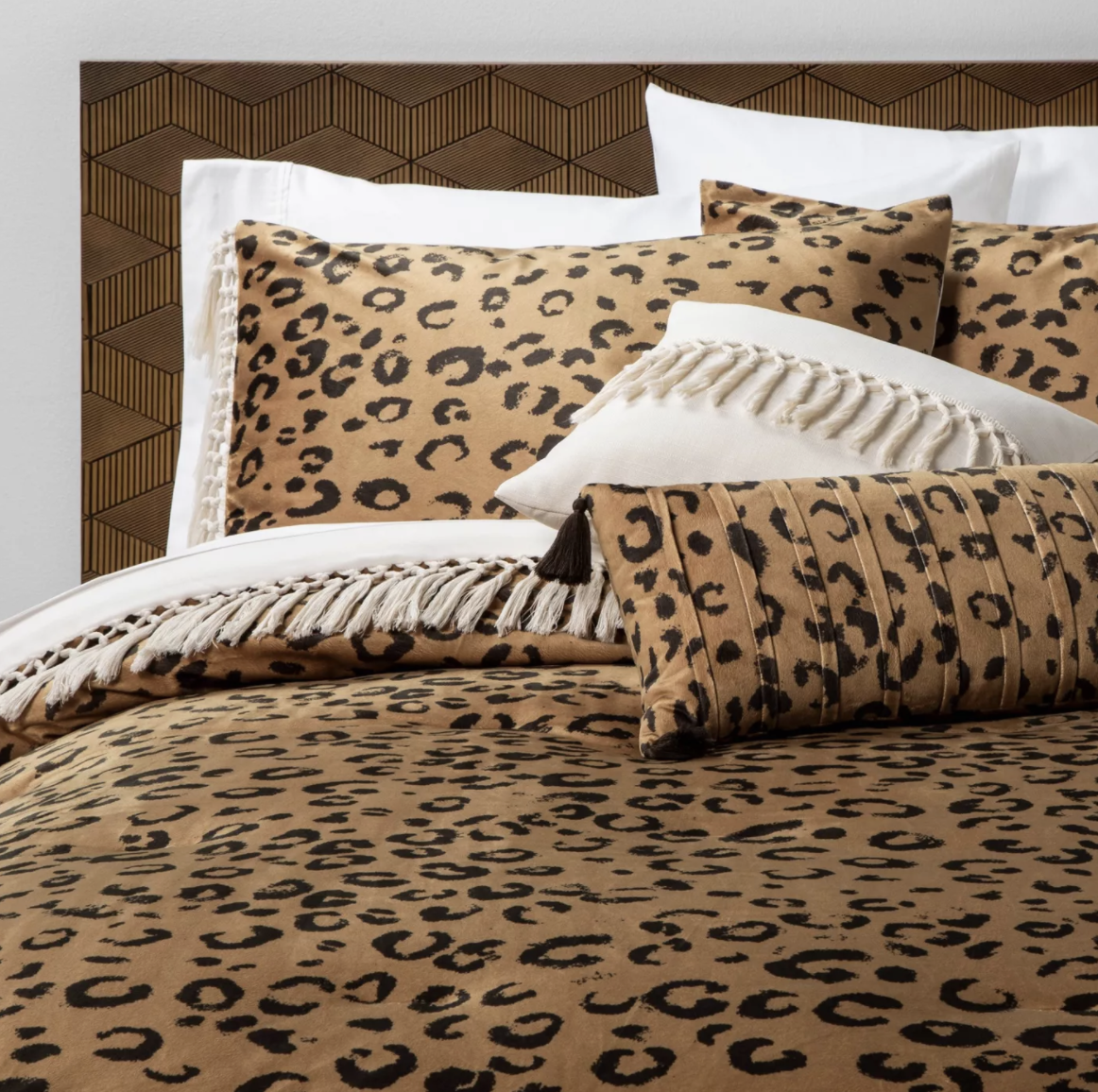 Where are my leopard lovers at? This is seriously the cutest set. Just like the tie-dye comforter, the tassel details are the perfect addition.

It comes with the two throw pillows pictured and is only $55. You can't beat it! 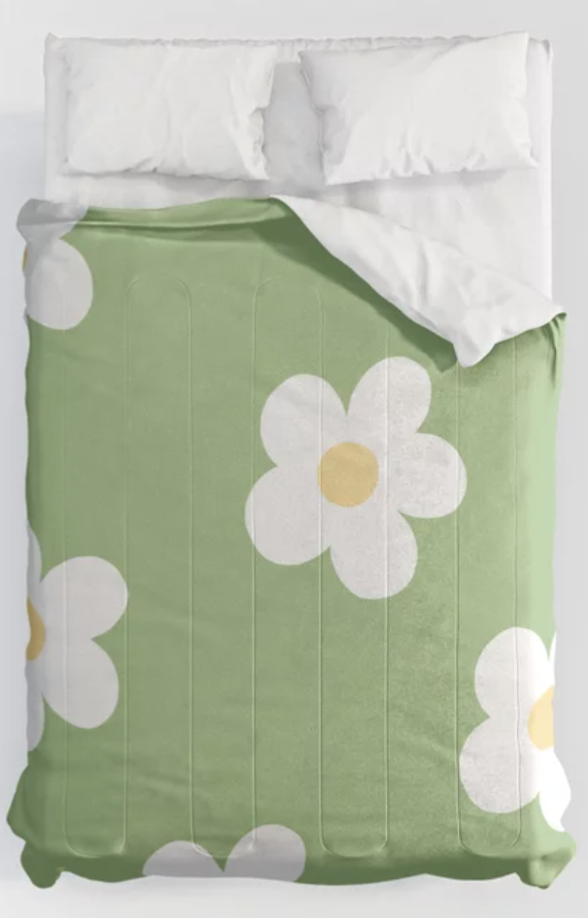 This is another trendy pattern that is literally everywhere right now. This "danish inspired" pastel comforter is so trendy and cute! There aren't many places you could pull off a comforter like this, but a dorm room is definitely one of the places where you 100% can!

This would look so cute with some pale yellow and white throw pillows. I would also pair a textured throw blanket to add some depth! Society6 has a ton of these trendy patterned comforters in a twin xl size! 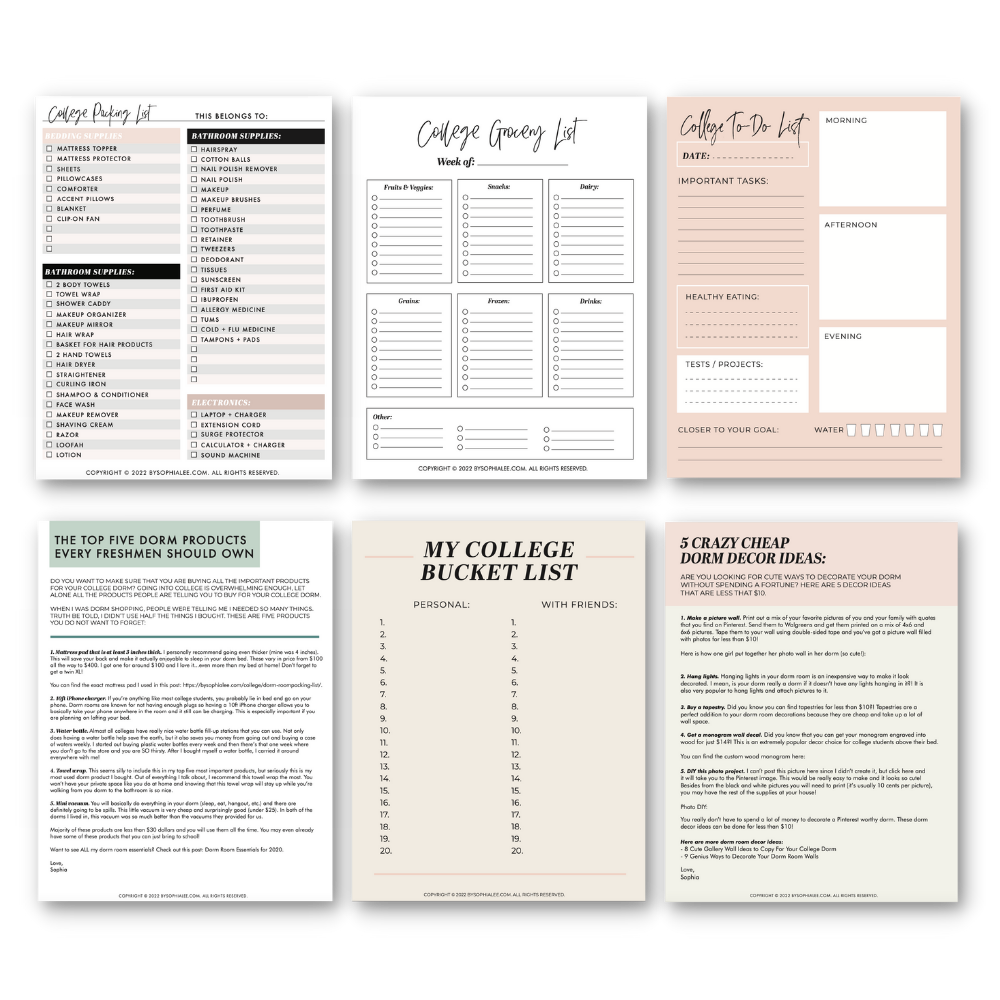 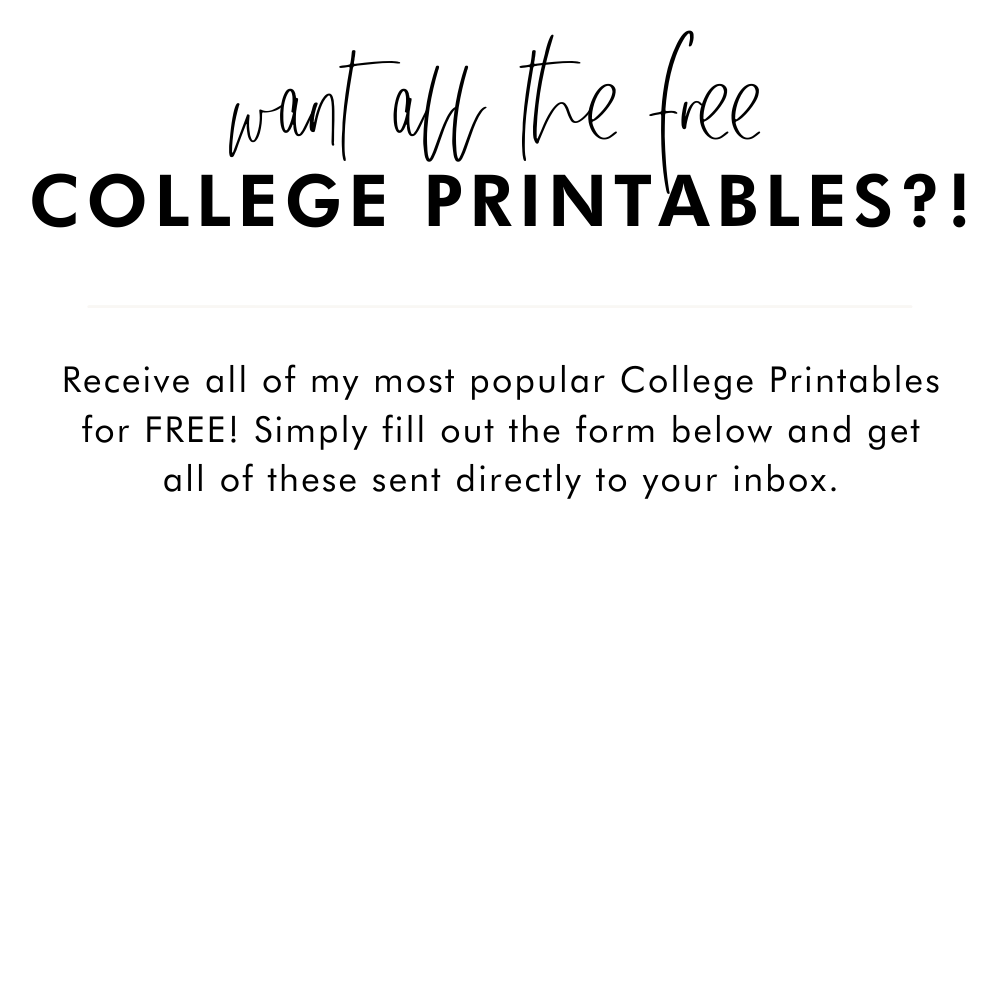 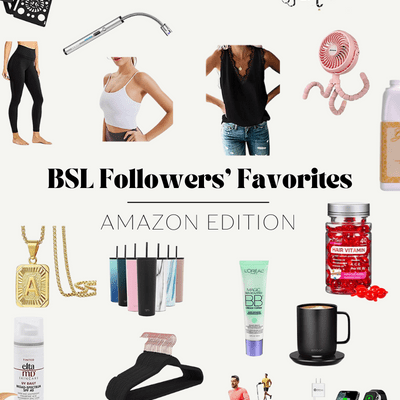 The BSL Followers’ Favorite Amazon Purchases Of All Time

Amazon is the guilty pleasure I hate to admit. Every month I find myself spending wayyy too much money on random products and it seems like I'm not the END_OF_DOCUMENT_TOKEN_TO_BE_REPLACED