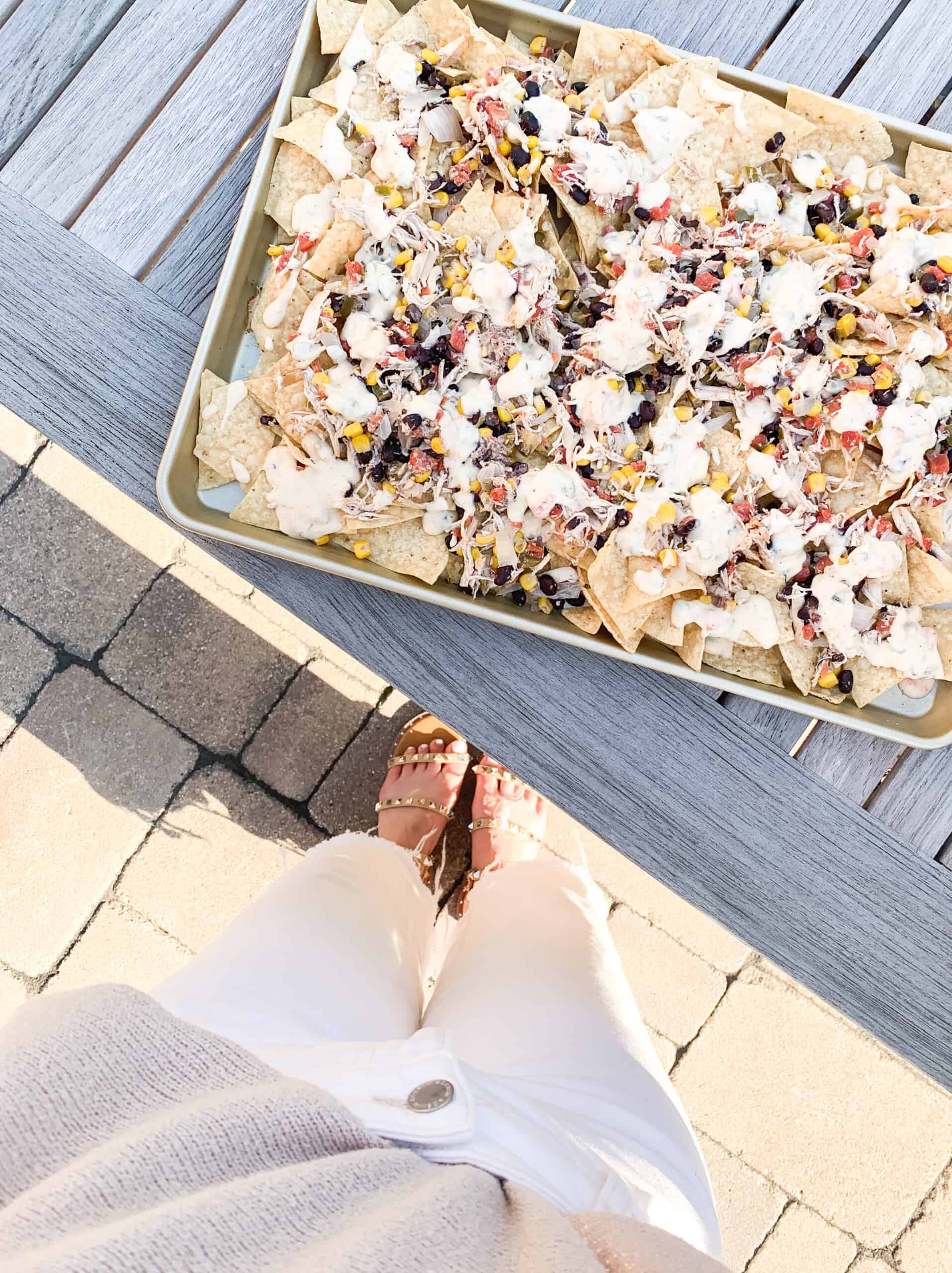 Get ready for the world's best nachos...these are GOOD. I don't know why, but I was dreaming up these sheet pan nachos for awhile now and knew they would make the perfect appetizer.

I love making tortilla soup in the crockpot and the flavor it has. I decided to essentially make that but put less chicken broth in it, drain the mixture once it's done cooking, and top it on a bed of chips.

These were gone in less than 30 minutes and were approved by some pretty tough food critics ;).

I love making this in the slow cooker because it's one of those things that you can easily throw in canned goods (only think that isn't canned is onion and chicken) and then walk away. When you come back, it takes 15 minutes to actually set everything up and just looks a lot more intense than it actually is.

I am convinced that Qdoba has the best queso in the world so instead of getting a can of queso, I had Ben pick some up and we drizzled it on top of the chips + chicken mixture. o - m - g. SO GOOD!

Also, if your store carries Donkey Chips - use them! I think they are the best chips but they're also thick. The shredded chicken mixture retains a little juice so I don't think thin chips would be the way to go for this.

Next date night I think I am going to just make this for dinner! 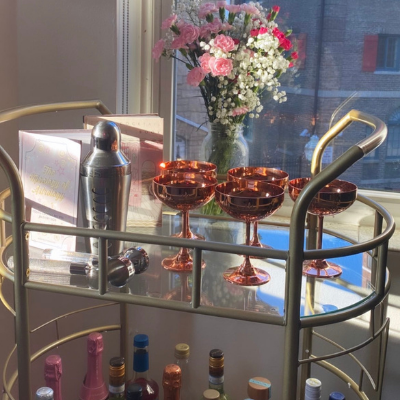 Want to add an element of fun to your college apartment? Here are the cutest decorations and inspirations to help your create the cutest bar cart on campus END_OF_DOCUMENT_TOKEN_TO_BE_REPLACED