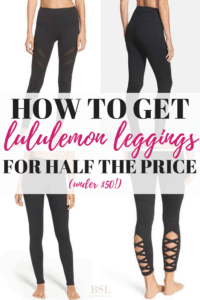 Lululemon leggings are the best of the best-- but they are so dang expensive!! I have continued to pay for them because they truly do last longer than any other brand I have ever tried.

They don't fade, don't stretch, and don't get holes in the butt (you know what I mean ;).

BUT, you guys won't believe what I found out!! Nordstrom new athletic line, Zella, gets their leggings made in the same exact factory as Lululemon with the same exact material.

So what does that mean...they are the same pair of leggings!! And Nordstrom price is more than half of what Lululemon is.

I purchased three pairs of Zella leggings this summer during Nordstrom half-yearly sale. I got an even better deal (I believe around $36.00) and have been wearing them weekly ever since.

I took them to Nordstrom and they completely replaced the leggings for me. I haven't had that issue happening again, so let's hope it stays that way.

I have the pair on the far right in black and maroon and the middle pair in black. Isn't that such a good deal?!

The sizing is the exact same as Lululemon so I would stick with whatever size you wear there.

Zella also has some cute workout tops and sports bras so I went through all my favorite pieces and put a little image together for you. Just click the clothing piece you want to see and it will take you to that piece on the Nordstrom website!

I also have these leggings from Amazon (all the fashion bloggers recommend them) and they are only $22.00!! Would definitely check them out if you want something cheaper.

I know that was a really short post but I wanted to hop on quick and let you know about this! 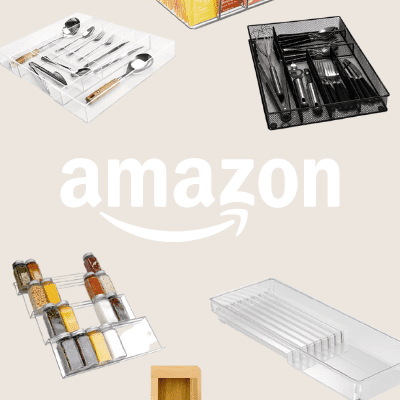 The 11 Best Kitchen Drawer Organizers You Can Get On Amazon