Home » GBOGH House » How Much Did It Cost To Replace All The Windows? 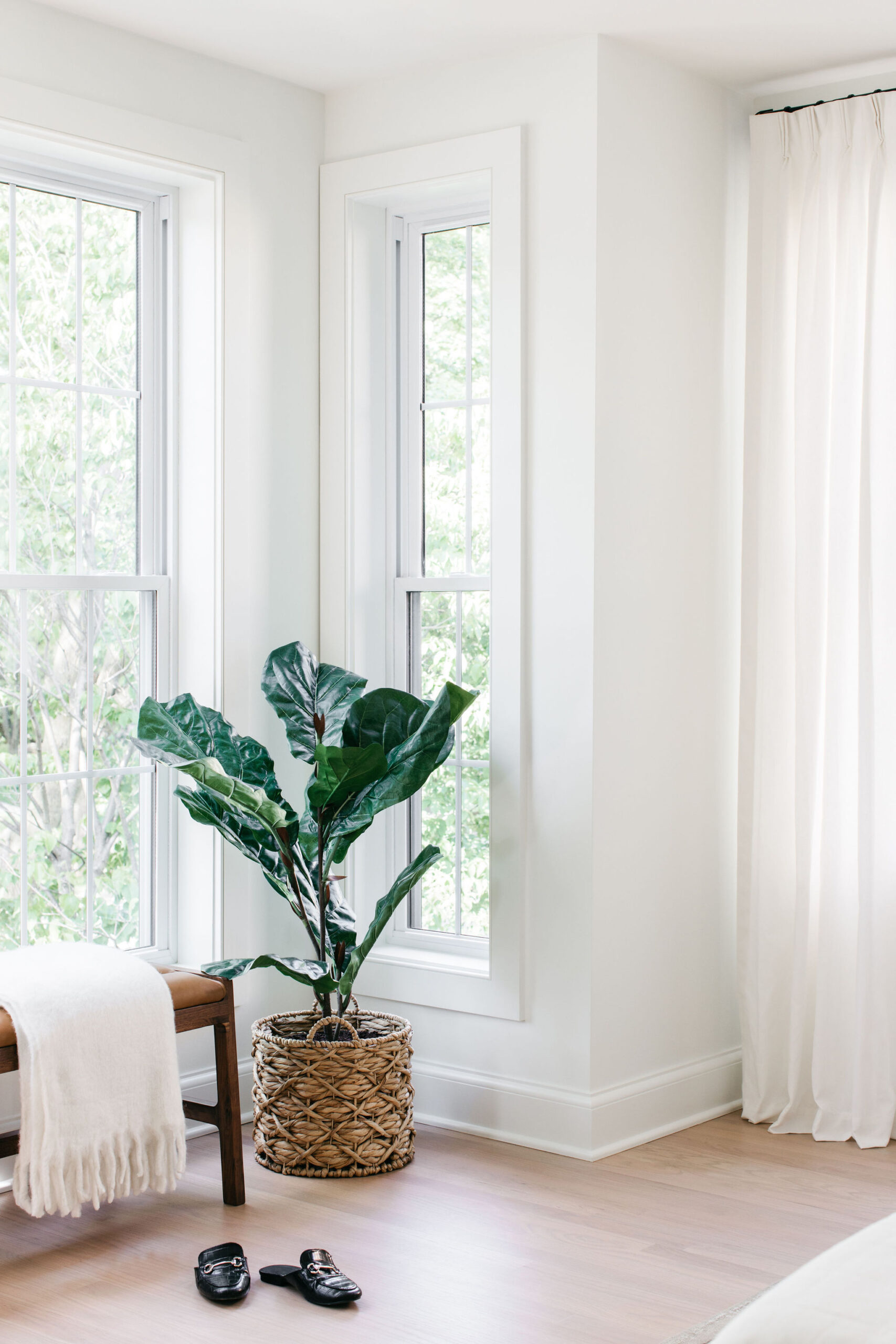 It was really obvious the first time we walked through the home that all the windows were going to need to be replaced. They were old, falling apart, had water damage from water leaking through, and a whole lot more issues. We were warned that "windows were a big purchase" but honestly, what does that really mean?!

I had no idea what to even expect for that "big" expense. I also have friends who are looking at purchasing their first home and it seems to be a common theme that majority of the houses are in need of window replacements. It's hard to figure out how much money you'll need to allot to replace them when you have no idea how much they cost in general!

Now, that I have personally gone through replacing a whole house of windows, I've learned SO much. From different styles of windows, brands, and most importantly, how much they cost!

Let's break down each of those AND I'll give you the big juicy amount on how much it cost to replace all the windows in the home. 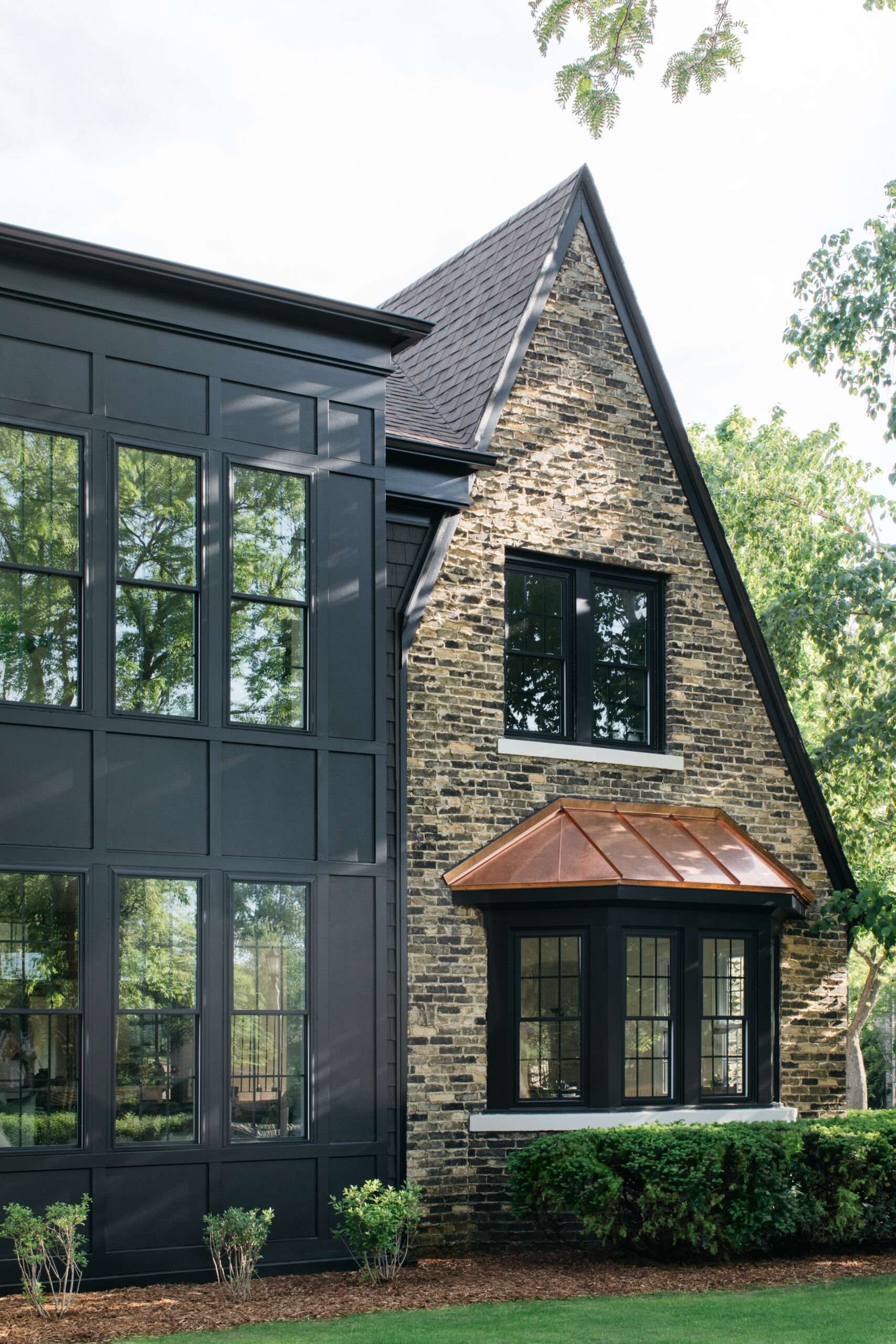 We got all of our windows from Zuern Building Products. If you're in Wisconsin, they have showrooms in Allenton, Cedarburg, Franklin, Delafield, and Watertown. They have allllll different types of windows and were able to price out a few options for us.

What is really amazing is that they carry budget-friendly lines, middle of the road window lines, and high-end lines. They did such an incredible job explaining to me all the pros and cons of each of these different levels of price. I feel like shopping for windows may not sound like a fun experience, but they made it really fun ;).

I decided to go with one of their favorite window lines they carry from Quaker Window - specifically, their Manchester line. They were great quality, had a way better lead time than some of the other window brands, and were able to get all of the "design" requirements I wanted.

Speaking of design requirements, I was absolutely set on having 6-grilles (also known as 'window grids') in each window. I just think it helps add to the classic look of the home. One of the ways we were able to save some money was by going to double-hung windows instead of single-hung. 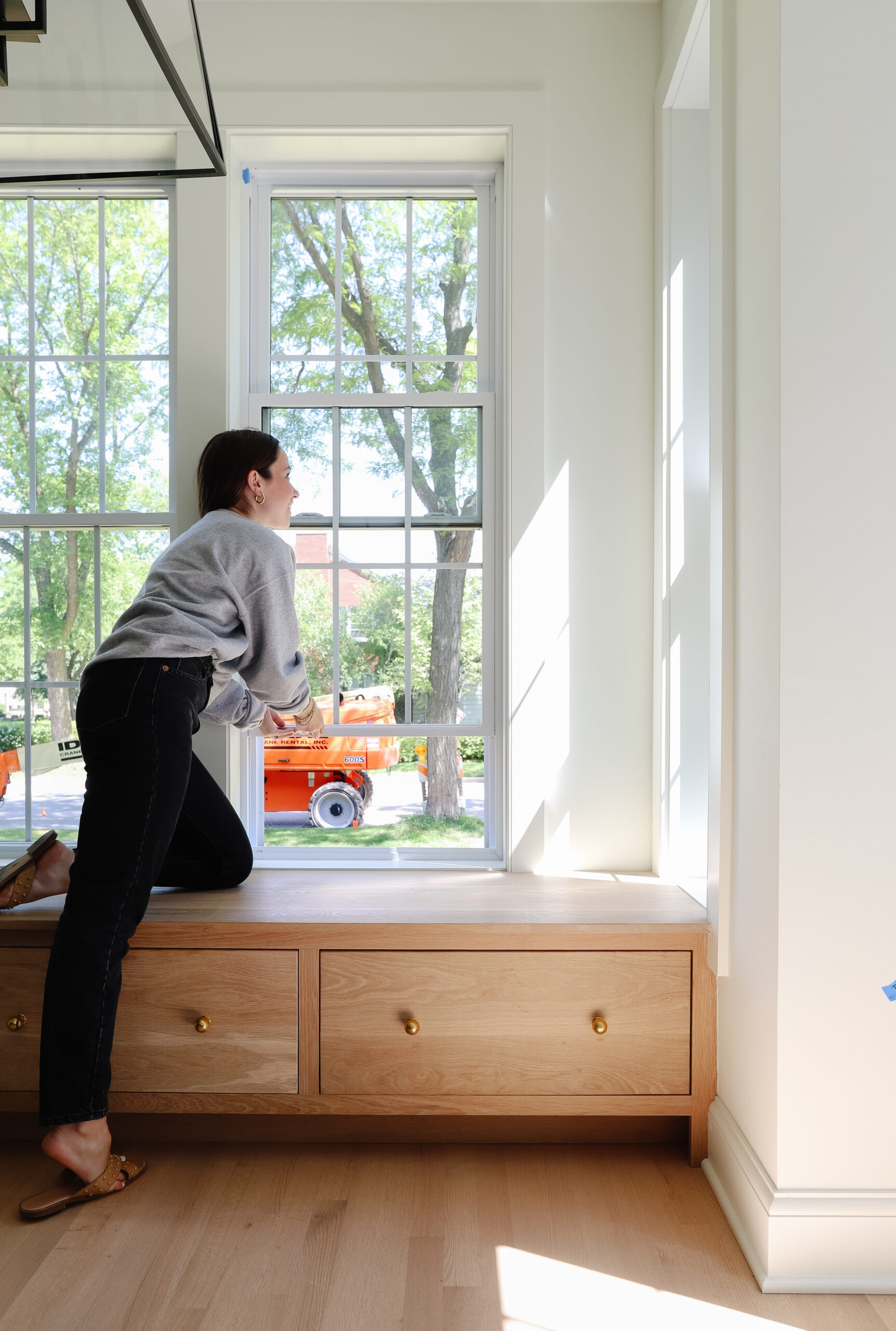 I went back and forth for an entire month on what color we should do for the interior of the window. I knew for sure that I wanted the exterior windows to be black but couldn't decide if I wanted white or black on the interior.

Every single inspo image I kept pinning had black interior windows but I was concerned it would weigh down the interior instead of keeping it light and bright. If you can't tell, I did decide to go with the white interior window and I am obsessed!

Random feature that I think is really cool - both side of the window open up and down, but also out (like the photo below). It makes cleaning them so much easier!! 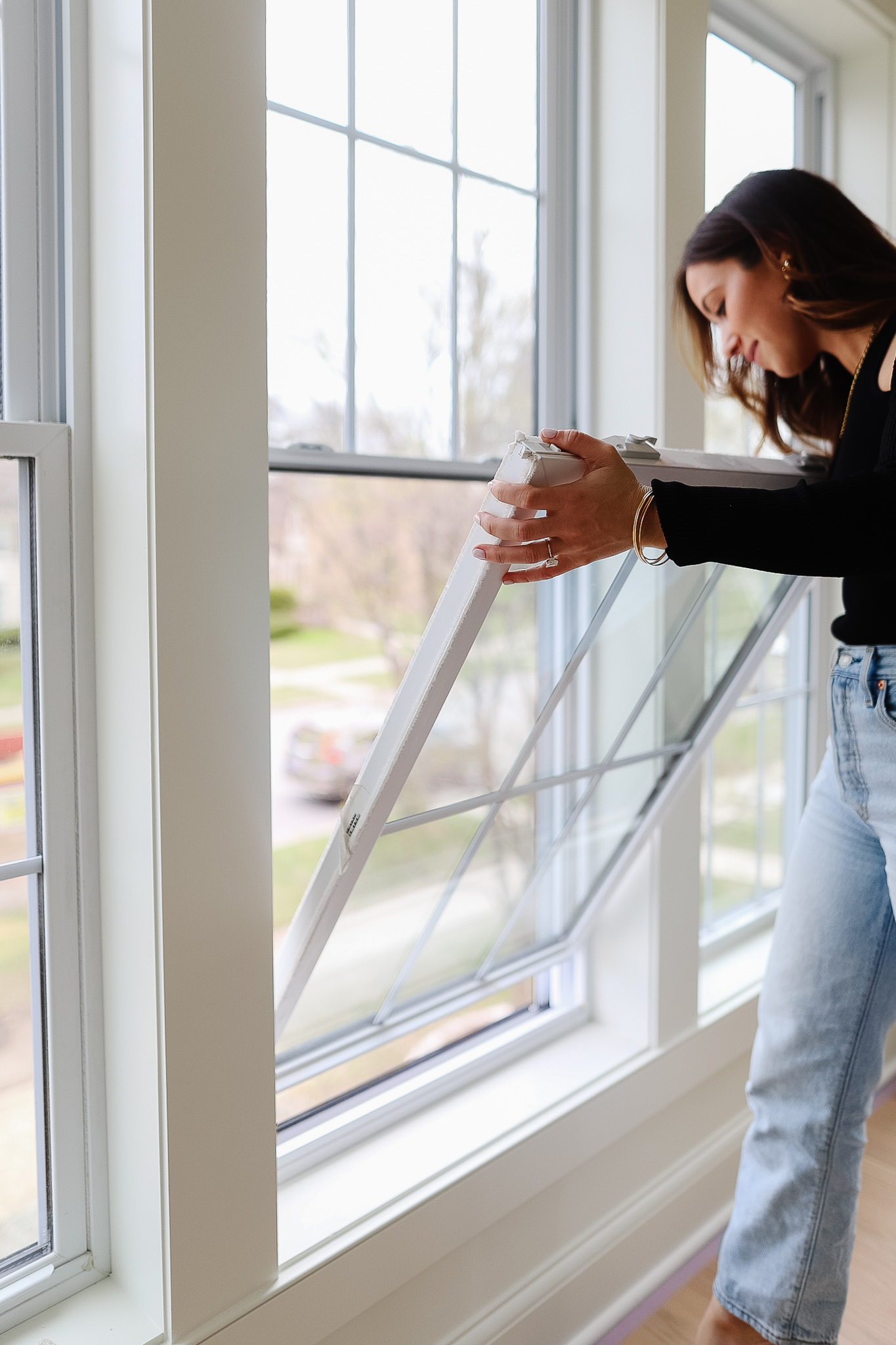 Okay, let's get to the good stuff...how much did they cost?! We replaced/got new windows for 38 windows (that's a lot!). We ordered them in August 2021 and received them in February 2022.

Soo, was that what you expected?! More? Less? Honestly, I thought it was going to be more than that. We had A LOT of new windows installed. I can tell you that I had multiple different window companies come in and quote our project and we had someone quote over $100,000.

I am so happy with how the windows turned out, they are exactly my vision! Hopefully this will help you if you ever come into a situation where you need to know the price of windows! 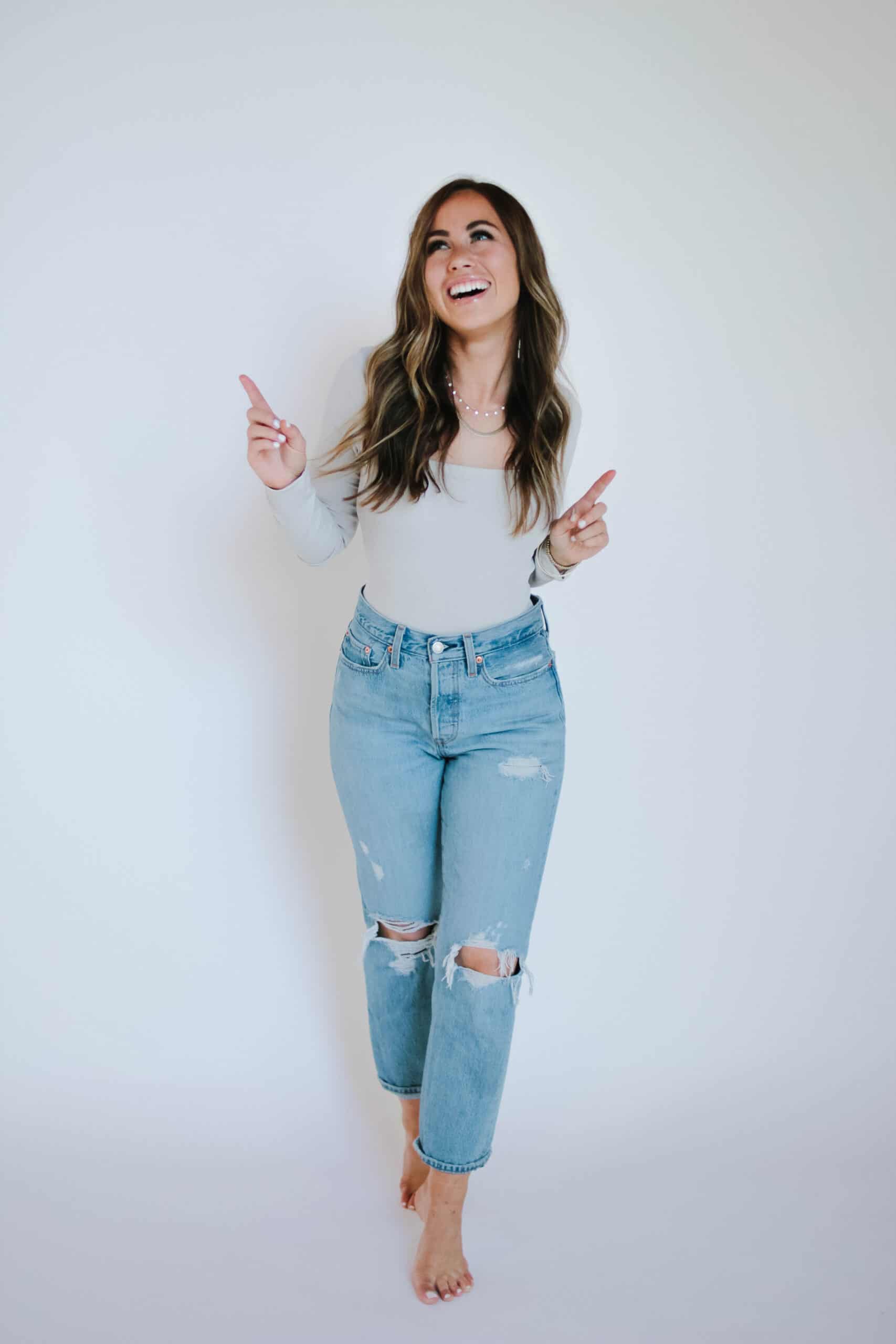 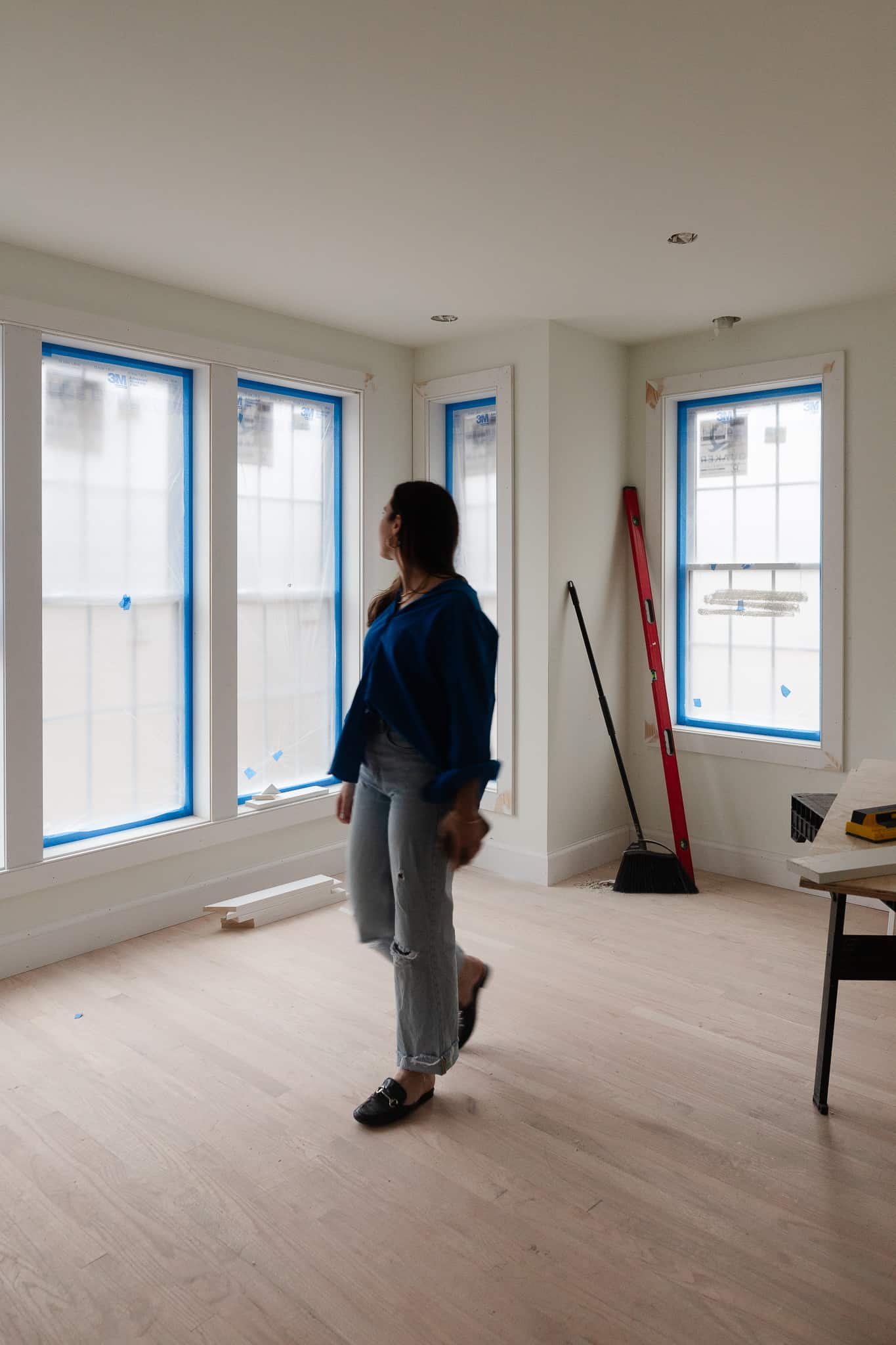 Answering All Your Questions on the GBOGH House 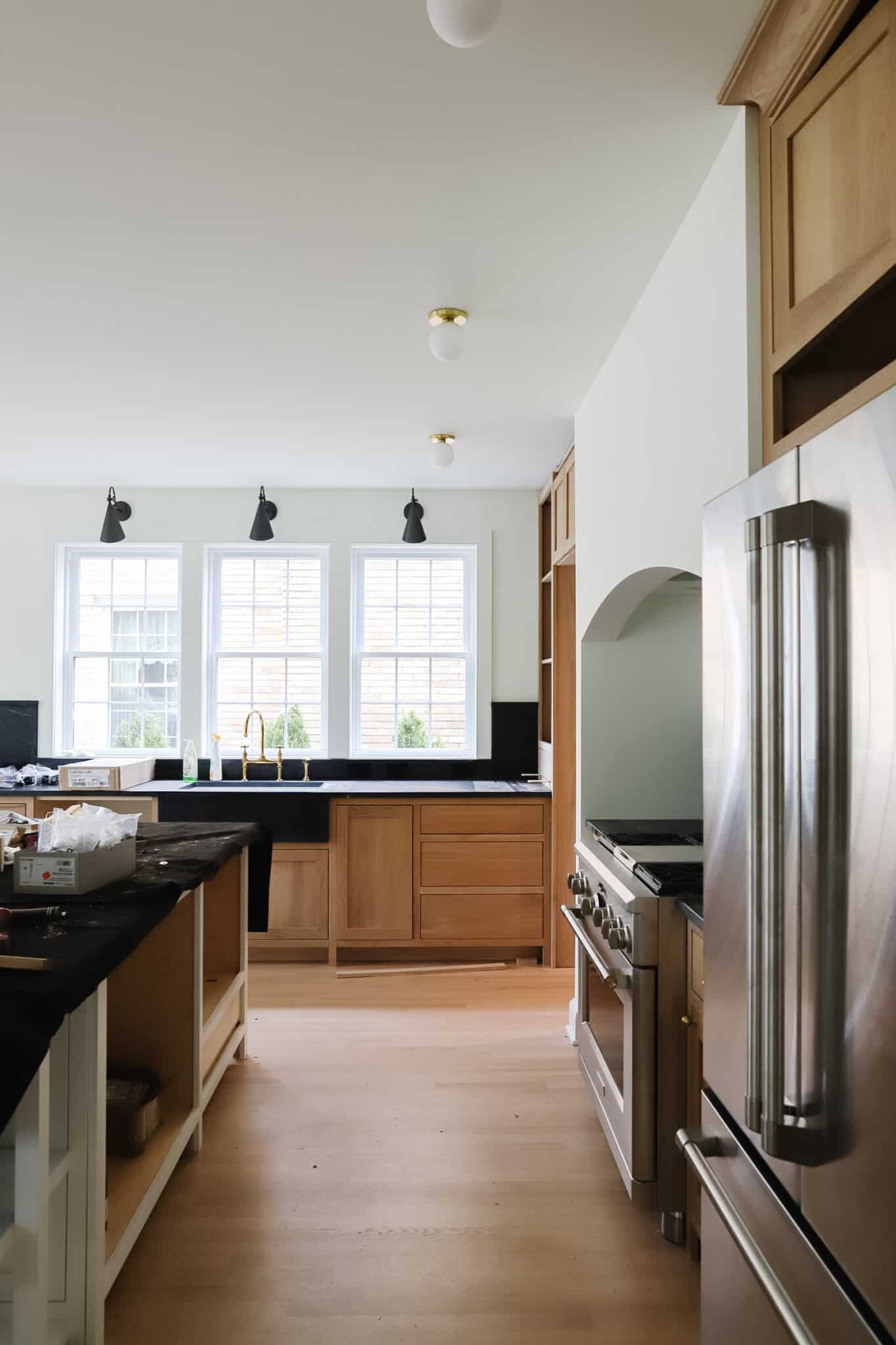 The Not-So-Great Story About What's Happening With Our Cabinets 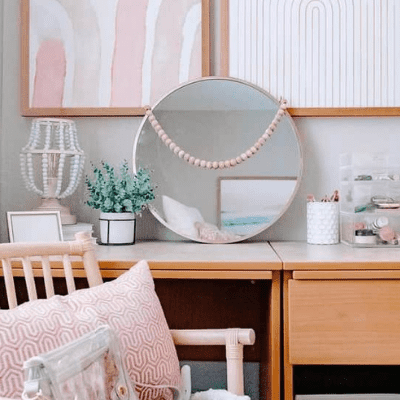 Whether you're looking to decorate your desk at home, or in the office, these desk decor ideas are guaranteed to make working 10x more END_OF_DOCUMENT_TOKEN_TO_BE_REPLACED