YAY! I finally have an income report up somewhat on time! If you've read my past income reports, you know this is a pretty big accomplishment for me ;).

Every month (well...I try haha) I share how much money I have made through my blog.

Why? Because it's pretty dang impressive that in just over a year and a half I have been able to turn this website into a business that brings me thousands of dollars a month AND that I can do it around my full-time college schedule.

Seriously, all college students should start a blog. It's the best thing I have ever done. 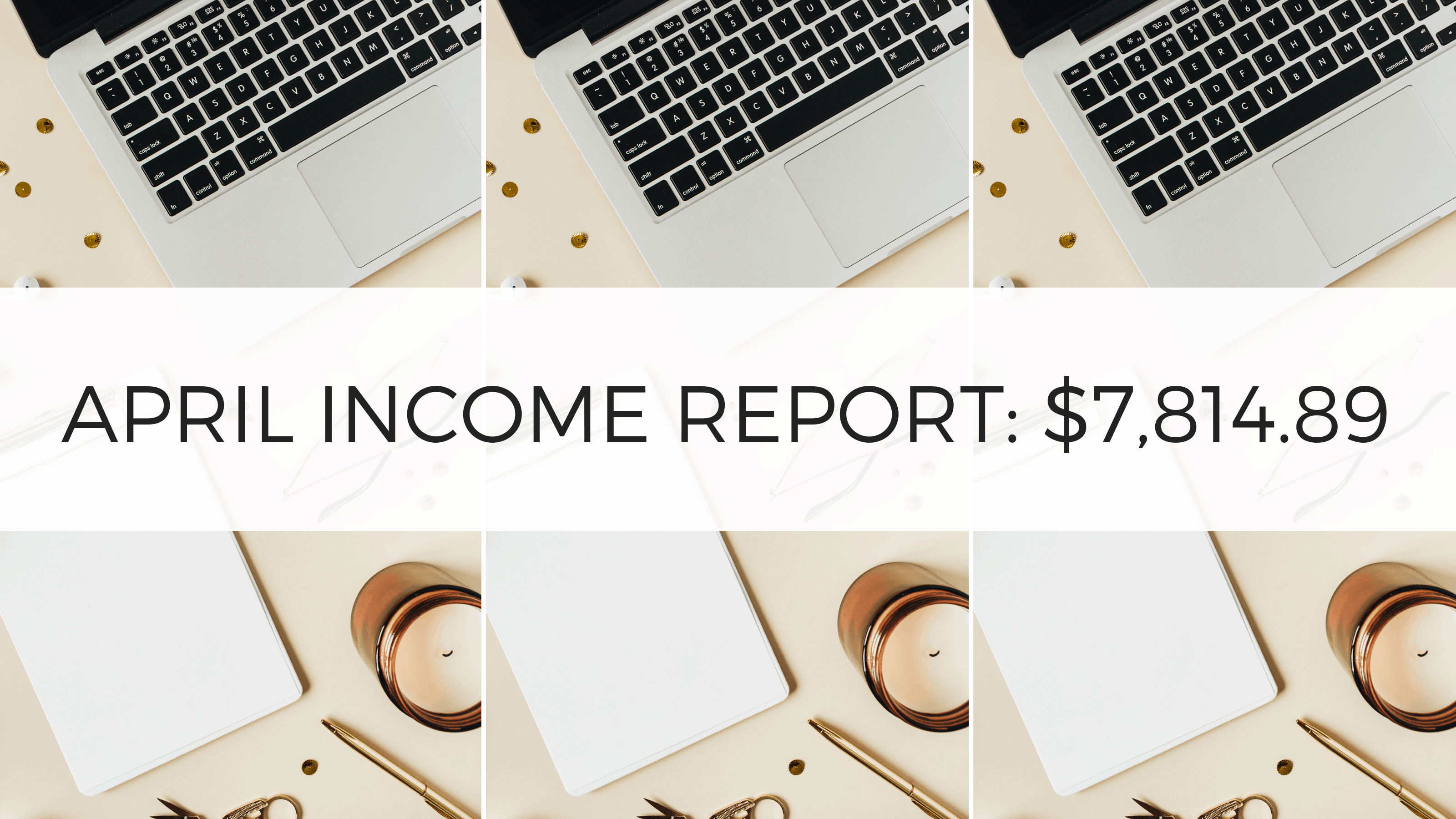 For those of you that are new to By Sophia Lee, I start off every income report telling you a little about myself.

If you don't know much about me, I am a junior in college studying interior architecture. I've had this website since I was 17 but basically restarted the whole website in September 2017 (when I was a sophomore in college) in hopes to generate an income from it.

I am completely paying for college on my own and knew I needed to find something that made me money and would work around my college schedule (that changes every semester and stays with me when I live at home during the summer/winter break). Let's just say, it was nearly impossible.

I knew I wanted to start a website of my own that would make me money, so that's what I did. I ditched my old blog and created a new one in September 2017.

In just a year, I have increased my income to make $9,349.60 in ONE month while being a full-time student and having a social life.

After semi-figuring out this blogging world and all it entails, I am here to tell you that ANYONE can start and be successful with a blog. It is not hard to do.

However, it took and still takes a lot of work. If you're a hard worker, you can get the same exact results as me.

It took me about 5 months after starting my blog to earn consistent money and those months were really hard.

I was constantly overwhelmed and had absolutely no idea what I was doing. I was so desperate to make it work that I continued to Google everything and anything about blogging.

Once that first $100 dollars hit my bank account, I knew that all the hard work I had been putting in was going to pay off.

Little did I know a year later, I would be making more in one month than I EVER had in a year!

Here are some of my previous income reports: 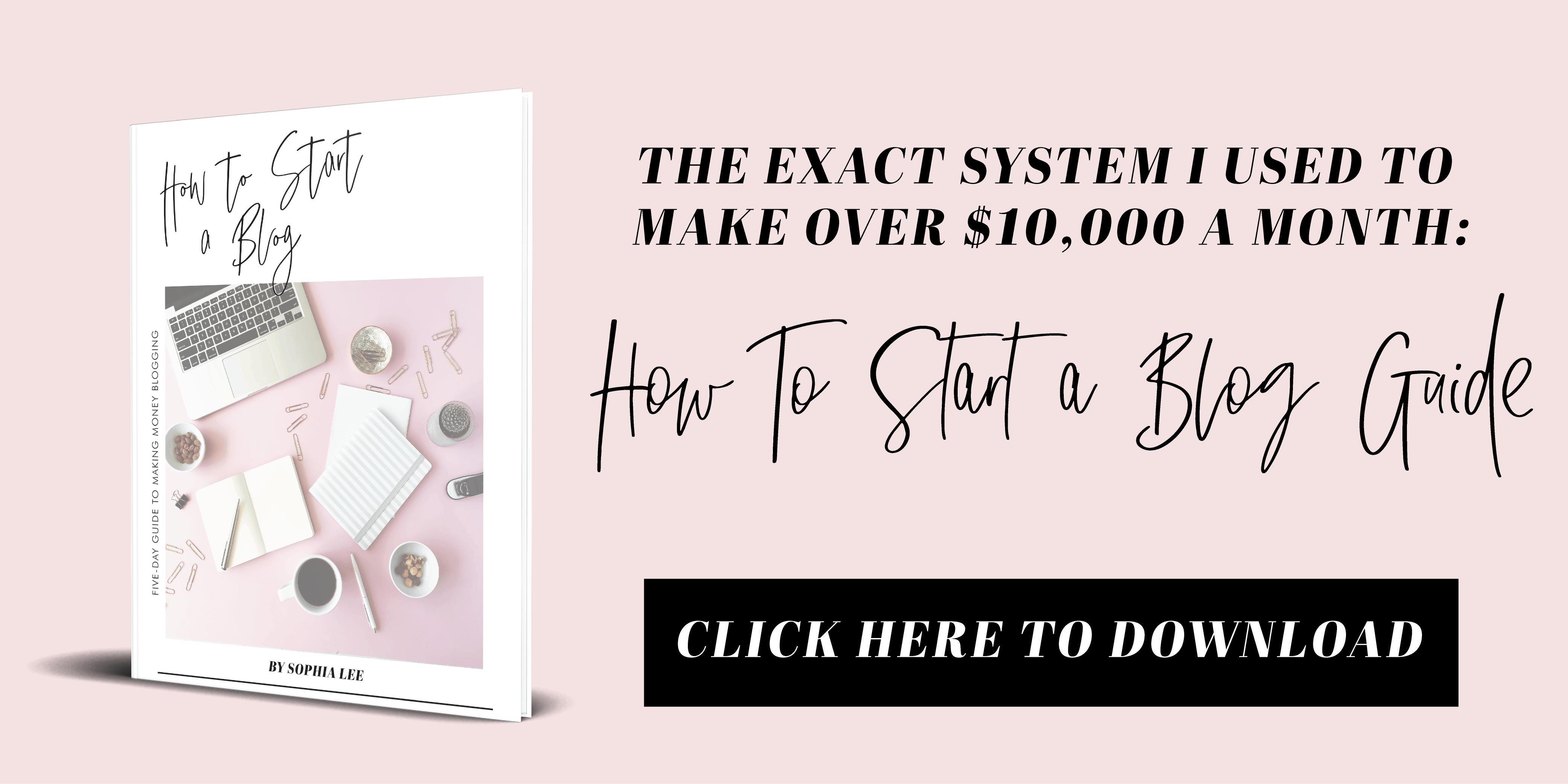 Last month (April) I got hit decently hard with blogging expenses. Well, I mean, not compared to how much I am making BUT to what I was used to I felt like I was just throwing dollar bills everywhere (it also didn't help that I went on two vacations so I REALLY felt like my money was disapearring in record time haha).

This month, I had barely ANY blogging expenses and it felt amazing. Besides paying my amazing two virtual assistants who are worth every dang penny. Have I talked about them yet? I'll get to that later.

I try to pay for all my blogging expenses annually so I don't have to pay them monthly and it saves me some cash because the companies offer me better deals. Right now for a recurring monthly expense I have Convertkit (email provider) which costs me $79.00 a month. This went up because I increased my email subscribers by a lot (good thing I guess!).

I also pay $14.99 for a Shopify plugin that helps me get better reviews on my products. I got that the last day of the month so I don't even think it charges me until this month though. I should probably go check that! haha

These expenses come up once a year but I do set aside money for them monthly to prepare for when I have to buy them:

Honestly, this month was all about holding my head above the water.

I travelled A LOT (why do I keep doing this to myself?!) so between being gone every weekend, being a full-time student, AND working full-time  I was exhausted and honestly doing the bare minimum for everything.

HOWEVER, the time I did work on the blog I worked my butt off and had three posts go up a week plus I consistently emailed my email list!

Here's what I've been focusing on:

Breakdown of what I did for my summer editorial calendar:

I feel like I am always working on my editorial calendar. And really, I am.

I think it's one of my favorite things to do blogging. There's something about planning for the future that I just love and really makes me work hard.

I have now scheduled my posts out until November!!! WHAT! I know, it's awesome. They're not all written, but they are all planned which is a start.

It's all thanks to my two virtual assistants who have been saving my life lately. I had a realization in April that sometimes I just can't do it all.

I am at the point in my blogging business where there are certain things I have to really focus on to grow my income and others that I can hire someone else to do. Honestly, I don't know why I hadn't done it sooner! LOVE THEM!

My Pinterest has been sitting around 7.1 MILLION monthly views!

I am really REALLY confident with my Pinterest plan.

I've been doing it for almost a year now and when everyone else is having issues with Pinterest, my traffic has been rising (almost 300,000 pageviews in April on my blog).

I am actually working on a whole Pinterest course which shows exactly what I am doing and how you can grow your Pinterest with my same success. It will be launching early June!!! 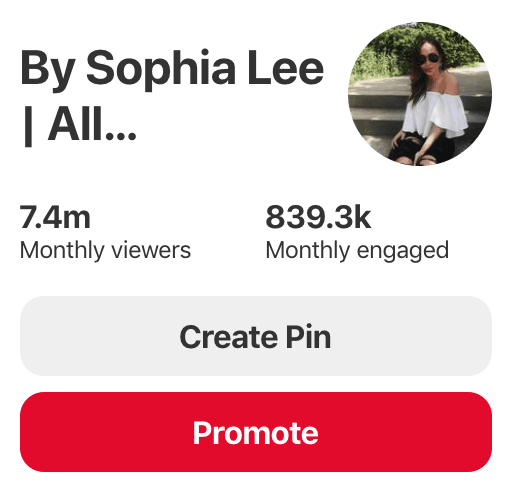 Breakdown of what I am doing to not be scared of email:

HAH! Why am I so dang scared of email?! I don't even know why.

Email is one of my biggest goals right now and something that is going to be my main focus this summer.

To be honest, I am really growing my email list but I haven't been making money from it. So, I need to figure that part out.

I am thinking I am going to invest in a course on that. I LOVED List Love Masterclass which showed me how to grow my email list (and boy, has it been working) but I need something to show me how I can promote to those readers.

Which brings me to the point I brought up last income report...

Do I think I will be able to make this much from my blog every month? No.  With how these last few months are going, I honestly think so.

January and September are the months I am on the fence about with my income but the other months I think I can make at least over $5,000.

Here's what I have learned so far blogging this year. Some months I will make a lot of money and some months I won't make as much. I am basically working on "commission".

Here's how I think my income will go this year:

PS: I am going to have to update this chart next month because I have this set for when it HITS my bank account. Next month, all of these totals will be moved up three months (aka the $12,000 I have planned for Jan will be moved to October and so on).

January and February: Lowest income months of the year (hoping to make at least $2,000 per month)

March: Starts to get a little better (would be really happy making $2,500)

September: Not as high as April-August but still decently high (maybe $3,000 earned this month)

If all goes as planned, that would have me making nearly $80,000 in one year. AS A FULL-TIME COLLEGE STUDENT (taking 18 credits per semester).

Just last year I was nannying and only making $300 dollars a month. Even my low blogging income months are more than I could have imagined!!

Did I Hit My April Goals: 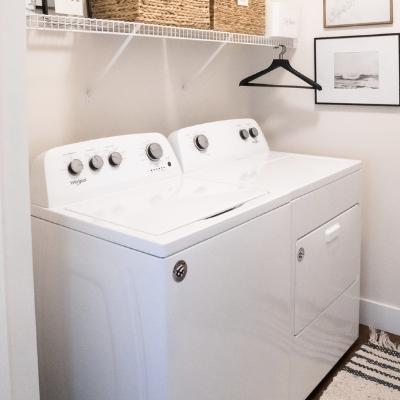